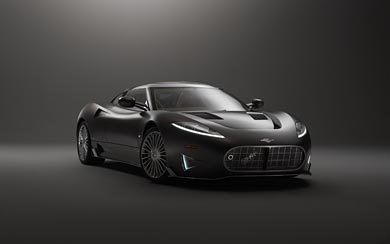 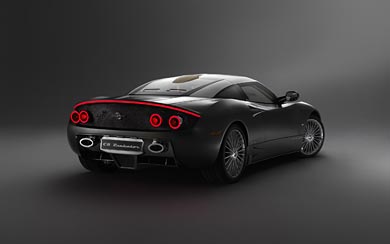 The Spyker C8 Preliator's design represents the ultimate translation of our aviation heritage to a "road jet", a plane without wings, reflected among others in the Head-Up Display, fitted as standard to every car. It is the epitome of our unrivaled craftsmanship. By mounting a supercharger to the Audi V8 engine we have improved the performance of the Spyker C8 Preliator significantly as compared to its predecessor and its exclusivity is warranted since we will produce a mere 50 units.

The "Preliator" name, which means "fighter" or "warrior" in latin, pays tribute to that aviation heritage: "Fighters" are warplanes as made by Spyker between 1914 and 1918. But even more so, "Preliator" symbolises the uphill battles Spyker faced and won in the past couple of years.

The Spyker C8 Preliator is made for discerning owners who appreciate the attention to detail and bespoke features we have offered them for over a decade and a half now. Our dedicated crew will assemble the first cars in Coventry, UK, together with CPP Metalcraft, our very first partner since we started Spyker back in 2000, as of the last quarter of this year.