Download Subaru Brat car wallpapers in HD for your desktop, phone or tablet. All images belong to their respective owners and are free for personal use only. 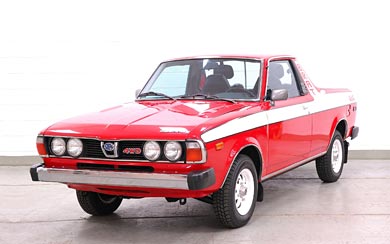 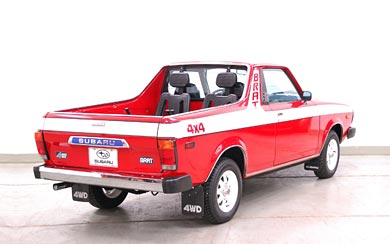 Developed in Japan in 1977 at the request of the President of Subaru of America, the BRAT was introduced to match the demand for small trucks in the USA, from Toyota, Nissan, and Mazda. Unlike these trucks, all BRATs had four-wheel drive, being developed from the existing Leone station wagon.

All BRATs had four-wheel drive and the Subaru EA engine. Early models received the 1.6 litre EA-71 whereas 1981 and later models received a 1.8 litre EA-81 engine. 1983 and 1984 models could be purchased with an optional 94 hp (70 kW) turbocharged engine. Manual transmissions were standard on all models and an automatic transmission was available on turbocharged BRATs. 1980 and earlier models had a single-range transfer case, while 1981 and later GL models had a dual range transfer case (DLs still had single range) and all turbocharged models were equipped with an automatic transmission with a single range, push-button four-wheel drive.