Download Subaru Impreza WRC car wallpapers in HD for your desktop, phone or tablet. All images belong to their respective owners and are free for personal use only. 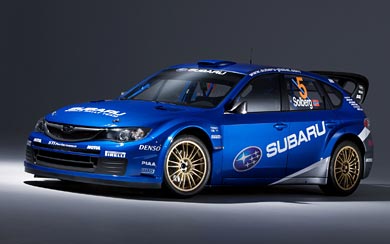 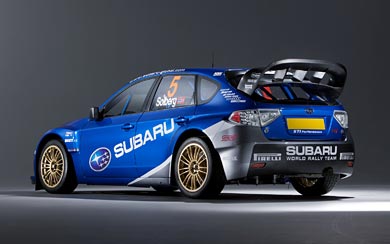 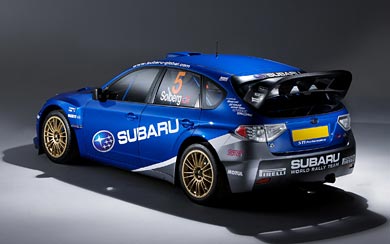 The Subaru World Rally Team (SWRT) was Subaru’s World Rally Championship (WRC) team. It used a distinctive blue with yellow color scheme that is a throwback to the sponsorship deal with State Express 555, a BAT cigarette brand popular in Asia. 555 logos were found on Subaru cars from 1993 to 2003.

Subaru used the team to showcase its all wheel drive technology. It has credited the increased sales of its vehicles, especially the Subaru Impreza, with its success in the World Rally Championship, in addition to popularizing its all-wheel-drive system.

Its 2008 season drivers were Petter Solberg with co-driver Phil Mills, and Chris Atkinson with co-driver Stéphane Prévot. David Richards was the team’s Principal, and a founder and chairman of Prodrive. Paul Howarth was the team’s operations director and team manager. He replaced David Lapworth in 2006. Richard Taylor is the team’s managing director.

Subaru announced it was withdrawing its team from competition, with immediate effect, on 16 December 2008. At the time, it said that “this sudden decision was in response to the widespread economic downturn that is affecting the entire automotive industry”, and came one day after competitor Suzuki exited the sport.