Download Tesla Model S car wallpapers in HD for your desktop, phone or tablet. All images belong to their respective owners and are free for personal use only. 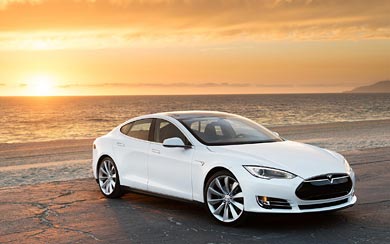 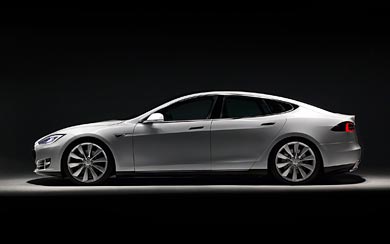 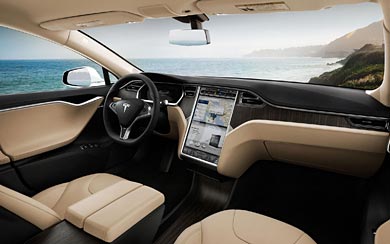 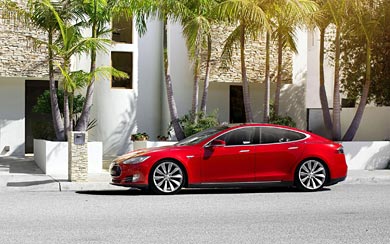 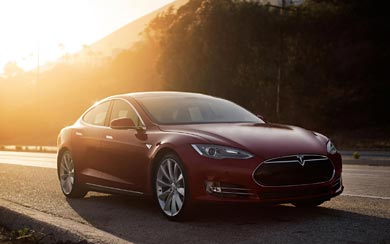 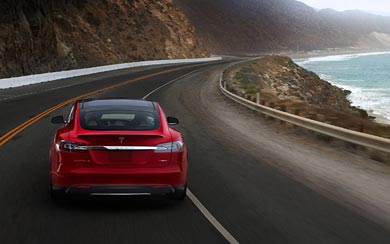 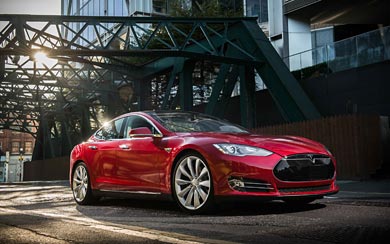 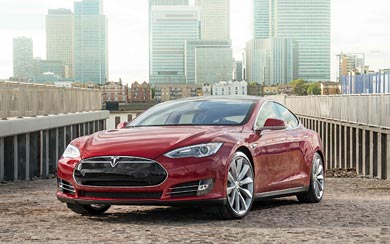 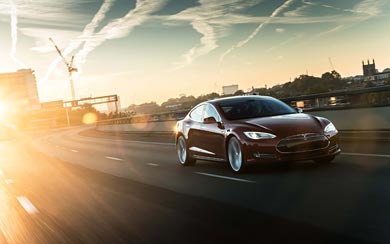 After Tesla Motors announced itself to the world with the Roadster, comes the mainstream attempt at selling at higher volume with the handsome Model S. Like the Ford Model T which was instrumental in bringing forth affordable mass produced automobiles made on an assembly line, the Tesla Model S looks to be at the forefront of making electric vehicles normal, that can used everyday without the range anxiety that exists with most EV's.

The sleek design is certainly a good start for the Model S, it's a look reminiscent of the jaguar XJ and XF sedans. Under the skin lies an 85 kWh battery pack consisting of thousands of lithium-ion battery cells housed low down in the under tray of the car. This keeps the bulk of the cars weight low, which translates into a sure footed driving experience.

The electric motor in the Model S is good for 416 PS (306 kW) which powers the rear wheels, propelling the car from 0-100 kph in under 5 seconds. Torque is rated at a very healthy 443 lb-ft, which unlike internal combustion engined cars, is available from 0 kph all the way to the limited top speed of 130 mph. This instant torque is the very characteristic of electric motors that surprises with the delightful pull from any speed with constant surge behind it.