Download Toyota Sprinter Trueno AE86 car wallpapers in HD for your desktop, phone or tablet. All images belong to their respective owners and are free for personal use only. 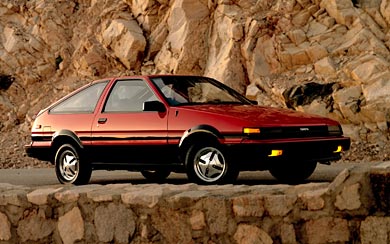 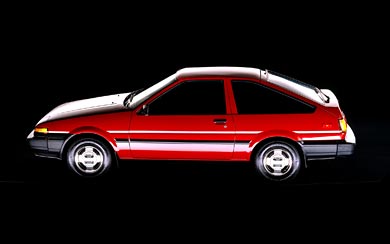 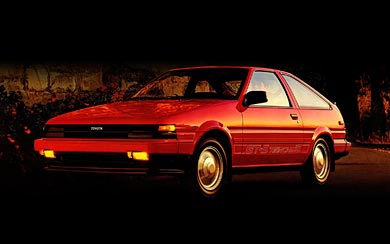 Both the Levin and Trueno variants were offered with either a 2-door coupe or 3-door liftback (sometimes called hatchback) body style. The Levin and Trueno were generally identical, apart from fixed, rectangular headlights on the Levin and pop-up headlights on the Trueno. Minor bodywork changes were made in 1986 which resulted in different tail lights, front and rear bumpers, corner and headlight trim lights, and grilles, are the main differences for both Levin and Trueno models, along with the coupe and hatchback styles. The models sold between 1983–1985 are sometimes referred to as “zenki“, and the models sold from 1986–1987 are referred to as “kouki“. The coupe version is considered to be the more rigid and lighter version of the two.

The AE86 used ventilated disc brakes. The car was equipped with a MacPherson strut style independent suspension at the front and a four-link live axle with coil springs for the rear. Stabilizer bars were present at both ends.