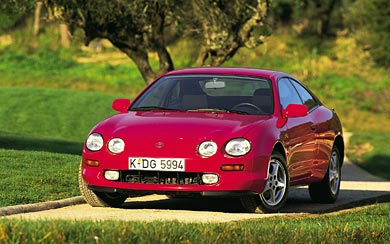 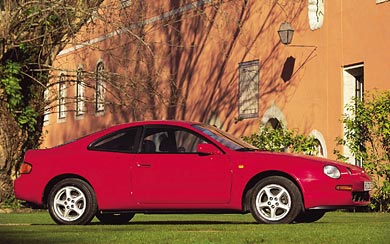 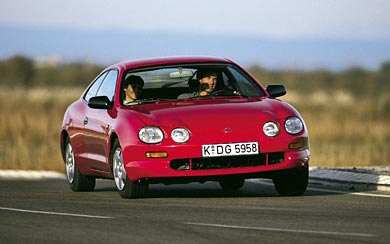 In October 1993, Toyota launched the sixth-generation Celica for the 1994 model year. Styling of the new Celicas was acclaimed by most publications as “Supra-esque” with four round headlights, and did also provide a visual resemblance to the Soarer introduced in 1991. Celicas were available in either notchback Coupe or Liftback form, the Convertible would come later. New safety equipment in the form of driver (and then later passenger) airbags were standard, and anti-lock brakes were available on all models. Many Celicas also sported CFC-free air conditioning.

For the US market, the Celica was only available in ST and GT trims for the 1994 model year, but the addition of the optional “Sports Package” to the GT Liftback produced GT-S-like handling. All models came with standard dual SRS Airbags. The ST had a new 1.8-liter 7A-FE engine which could also be found in the Corolla, while the GT was powered by the carried-over 2.2-liter 5S-FE engine which featured dual overhead camshafts and direct fuel injection, could also be found in the Camry. The turbocharged All-Trac was no longer offered in the U.S. The 7A-FE is rated at 105 hp (78 kW) and 110 lb-ft (149 Nm), while the 5S-FE is rated at 135 hp (101 kW) and 145 lb-ft (197 Nm). In Canada, the Celica GT Liftback with “Sports Package” is badged GT-S.