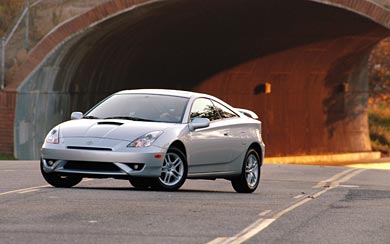 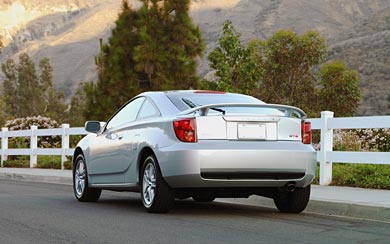 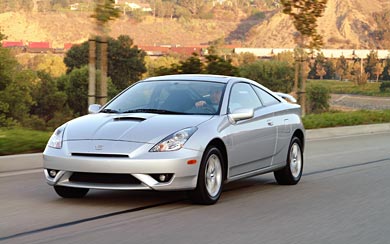 The Toyota Celica GT-S was powered by the 2ZZ-GE engine rated at 180 bhp (134 kW; 182 PS) at 7600 rpm and 133 lb-ft (180 Nm) torque at 6,800 rpm. The engine featured Toyota’s VVTL-i (Variable Valve Timing and Lift control with intelligence). A second stage valve lift control for intake was added to the variable intake cam phase timing. Variants of this engine were offered in the Matrix XRS, Corolla XRS and the Lotus Elise. Buyers had the option of a four-speed automatic with shift buttons on the steering wheel, or a six-speed manual. The base tire size was 205/55/15 but the optional size offered was 205/50/16. The tire upgrade was merely US$42 so most GT-S models had the optional wheels and tires. All GT-S models had four-wheel disc brakes and metal pedals. Manual transmission shifters and all steering wheels were upgraded to leather. Liftback cargo covers were standard along with fog lights for models without the “Action Package”.

In July 2004, Toyota announced the Celica (as well as the MR2) would be discontinued in the United States at the end of the 2005 model year due to lack of sales. Celica sales hit 52,406 units in 2000, but dropped sharply to 14,856 in 2003. Just 8,710 Celicas were sold in 2004, and only 3,113 were sold in 2005. The sports coupe market, in general, was rapidly shrinking, due in part to the 1997 Asian financial crisis and the effects of the collapse of the Japanese asset price bubble, also known in Japan as the “bubble economy”. The Subaru XT6, Nissan 240SX, Honda Prelude and Mazda RX-7 were already gone and the Acura RSX was soon to follow.