Download Toyota Yaris car wallpapers in HD for your desktop, phone or tablet. All images belong to their respective owners and are free for personal use only. 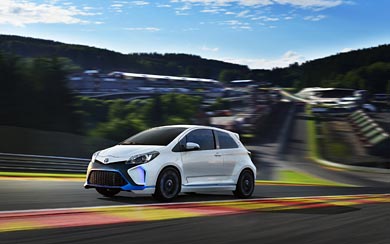 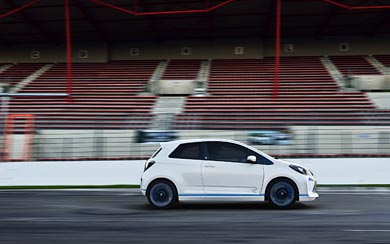 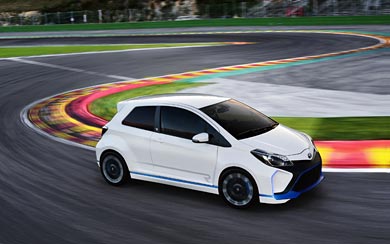 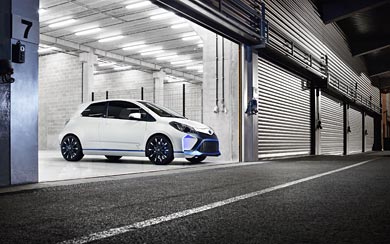 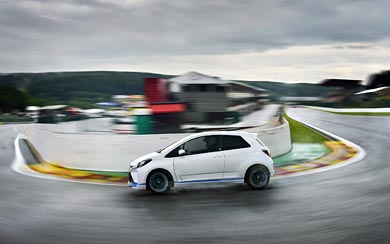 Making its World Premiere at the 2013 Frankfurt Motor Show, the Toyota Yaris Hybrid-R concept car combines the advanced technology of the compact volume seller Toyota Yaris Hybrid with high-performance engineering inspired by Toyota’s racing prototype, the TS030 Hybrid, which participated at Le Mans and in the World Endurance Championship. The result is a highly focused concept car dedicated to maximising driving pleasure on road and on track.

Hybrid technology is still young – with the first generation Toyota Prius appearing in 1997, just 16 years ago. As such, it still has its future ahead and a great potential to evolve in many different directions. Only recently, hybrid technology has started to appear in racing programs, but is not yet fully established in people minds as a performance oriented solution. The Toyota Yaris Hybrid-R concept car is a clear showcase of possible ideas for the development of hybrid technology for maximum performance and increased driving pleasure.