Download Toyota Sienna car wallpapers in 4K for your desktop, phone or tablet. All images belong to their respective owners and are free for personal use only. 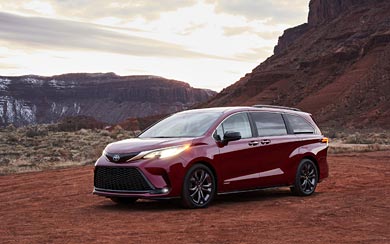 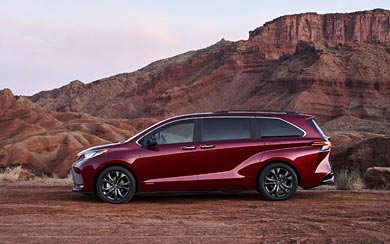 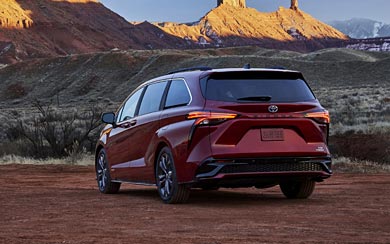 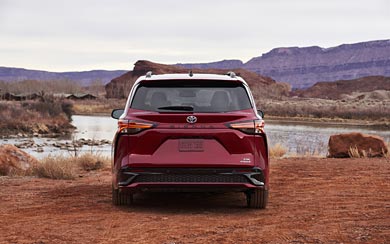 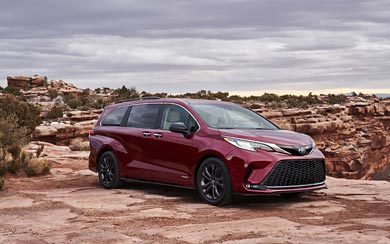 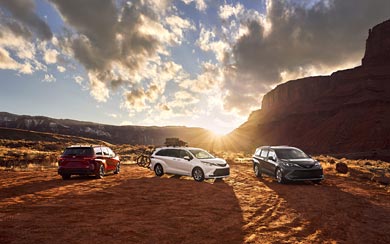 Toyota’s minivan game is strong with the release of the all new Sienna, complete with a new hybrid powertrain, onboard vacuum and refrigerator. After nearly ten years on the market, the outgoing Sienna was in need of a revamp. The 2021 model looks like a step in the right direction with bold styling and better numbers on the spec sheet.

Those better numbers may not be where you might want them though, as dear reader, you no doubt are in favor of more performance from your minivan. Unfortunately Toyota didn’t agree in that one, and equipped the new Sienna with a 4 cylinder hybrid setup that actually makes less power than the old V6. The numbers Toyota were interested in were the fuel economy and emissions, where the smaller engine aided by two small electric motors produces far better results in those areas.

One of the best thing about minivans are the quirky features. I have already mentioned the onboard vacuum and refrigerator, but how about the 18 cup holders, rear captain’s chairs with an ‘ottoman’ feature and seven USB ports.