Download TVR Tuscan car wallpapers in HD for your desktop, phone or tablet. All images belong to their respective owners and are free for personal use only. 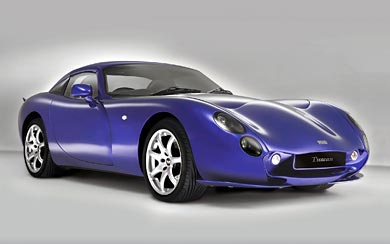 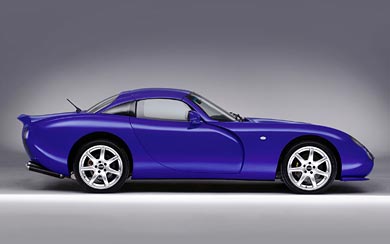 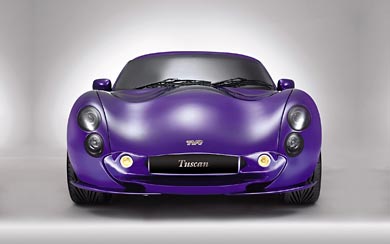 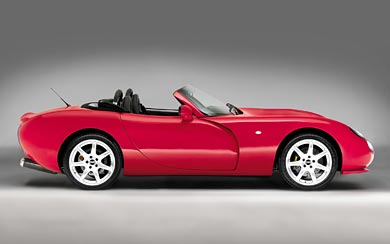 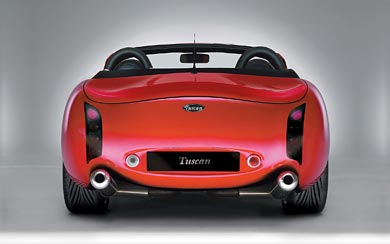 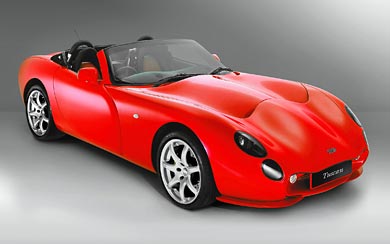 Even though there have been numerous tweaks to the TVR Tuscan’s chassis and suspension, the overall size and appearance of the variants remain virtually identical apart from minor aerodynamic aids to the S model in the form of an undertray in the front and a small boot-lid spoiler on the rear.

In October 2005 the “Mk 2” version of the TVR Tuscan was introduced, though in reality this was just a minor facelift. The modifications were restricted to cosmetic changes to the front and rear lights, the dashboard, and the spoilers on the S model plus some minor changes to the chassis to improve the handling. At the same time, a new variant a full soft top was introduced alongside the original targa version.

Five different inline six engine options were offered to customers. Four of these were variants of the 4.0 L Speed Six making different amounts of power and torque, depending on the trim level selected. The last was a 3.6 L Speed Six which produced the same amount of power as the lowest-level 4.0 L engine, although slightly less torque.