Download Vauxhall Insignia VXR car wallpapers in HD for your desktop, phone or tablet. All images belong to their respective owners and are free for personal use only. 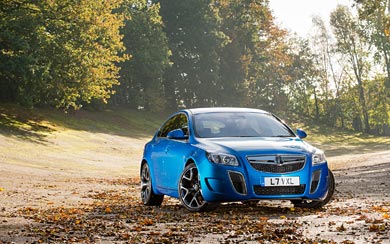 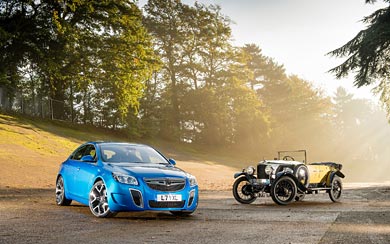 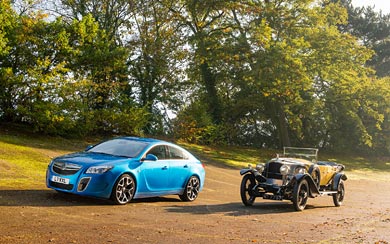 Called the Vauxhall Insignia VXR SuperSport, the new car produces more power and achieves a higher top speed than any other UK production car costing less than £30,000, including market newcomers like the BMW 135i M Sport.

With no speed-limiter, the SuperSport realises the Insignia VXR’s true performance potential, while visual identifiers like blue ‘Brembo’ lettering on its front brake calipers and additional increments on its speedometer offer subtle hints about the car’s giant-slaying intent.

But the SuperSport isn’t the first Vauxhall to set speed benchmarks. More than a century ago, Vauxhall launched Britain’s first sports car, the C10 ‘Prince Henry’, quickly followed by the UK’s first 100mph production car, the iconic 30-98. Vauxhall’s engineers even provided customers with a certificate to guarantee that the car had been tested at the ‘ton’ on the fearsome Brooklands circuit in Weybridge.