Download Vauxhall Maloo VXR car wallpapers in HD for your desktop, phone or tablet. All images belong to their respective owners and are free for personal use only. 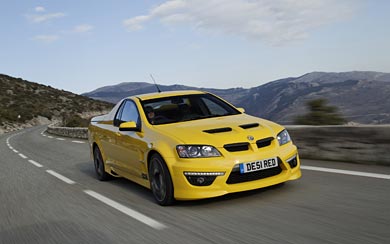 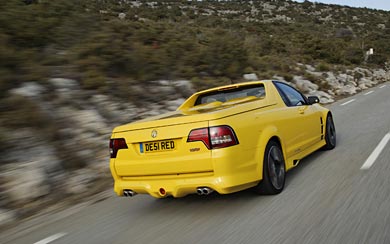 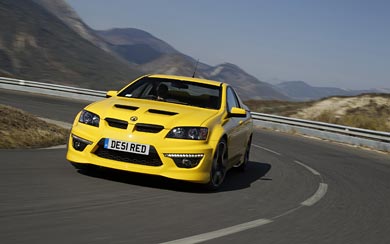 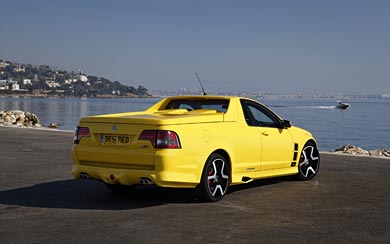 The Vauxhall VXR Maloo is the only performance pick up sold officially in the UK, and it’s now available in latest E3 guise, with heavily revised front- and rear-end styling, a new cabin and a raft of new technology to enhance its appeal to drivers in search of a load-carrier like no other.

Priced at £51,500 and available to order now, the new Maloo packs the VXR8 super-saloon’s 431PS V8 engine up front, with drive being sent through a six-speed manual gearbox to the rear wheels. And yes, there’s a mechanical limited-slip differential to ensure that no ounce of power is lost in smoke.

A new, ‘Shockwave’ grille, LED daytime running lights and sleek new wing-vents mark the new car out from the front, while the rear features new ’sailplane’ styling behind the cab, sloping down to the hard tonneau, which protects the 1208-litre deck from prying eyes. One thing that hasn’t changed, though, is the Maloo’s road presence: no other load carrier in the UK looks like it or sounds like it.