Download Vauxhall Adam car wallpapers in HD for your desktop, phone or tablet. All images belong to their respective owners and are free for personal use only. 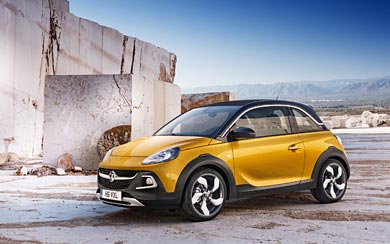 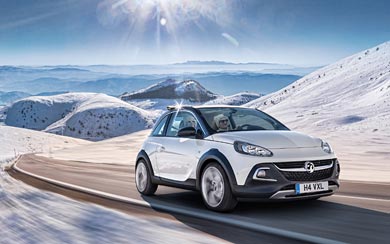 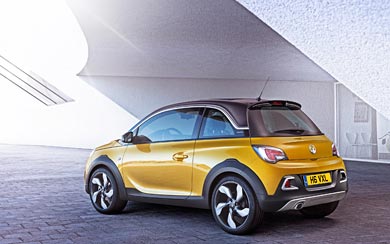 Rocking up to 2014 Geneva Motor Show is Vauxhall’s funky urban mini-crossover the Adam Rocks. The latest edition to Vauxhall’s city chic Adam range was previewed as a concept at the 2013 Geneva Motor Show and after receiving a rapturous reception the production model is poised to make a show-stopping debut a year later.

Compared with other members of the Adam family, Rocks is taller, wider and tougher in appearance, while also offering a full-length electric folding canvas roof. Adam Rocks’ new crossover body style is supported by a chassis that is raised 15mm with a wider stance. Agile parkour athletes, who move from one place to another, negotiating urban obstacles in between, were the inspiration for this sporty crossover concept.

Parts of the chassis system have been modified or re-tuned – including dampers, springs, the rear suspension geometry, and steering. The higher, wider looks are matched by a choice of 17-inch or 18-inch alloy wheels. These can be further personalised with new wheel clips in “Wild” design and different colours that are unique to Rocks.