Download Vauxhall Astra VXR car wallpapers in HD for your desktop, phone or tablet. All images belong to their respective owners and are free for personal use only. 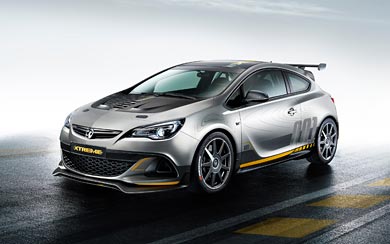 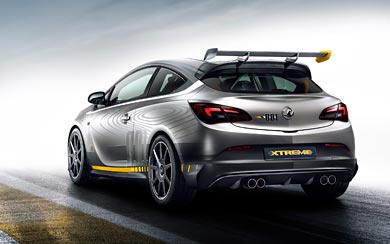 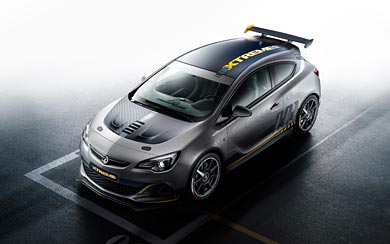 With over 300PS generated from its 2.0-litre turbo engine, the Astra VXR EXTREME will be the most powerful front-wheel drive Vauxhall ever when it’s unveiled at the Geneva Motor Show next month.

Derived from last year’s Astra Cup race car that competed in the Nürburgring Endurance Championship, the EXTREME is the lighter, more powerful street-legal race sibling to the current Astra VXR.

With direct injection and variable camshaft phasing, the EXTREME’s 2.0-litre turbo petrol engine is the most powerful four-cylinder unit Vauxhall has ever produced. The all-aluminium engine is mated to six-speed manual gearbox transmitting power through a limited-slip differential.

The EXTREME is 100kg lighter than a standard Astra VXR thanks to its high-quality, carbon fibre components. This high-strength, ultra-light material is used for the aerodynamically-optimised rear wing, the diffuser, front spoiler, bonnet, suspension cross-bracing, engine cover, wheels, rear wheelhouse ventilation and roof.