Download Vauxhall Corsa VXR car wallpapers in HD for your desktop, phone or tablet. All images belong to their respective owners and are free for personal use only. 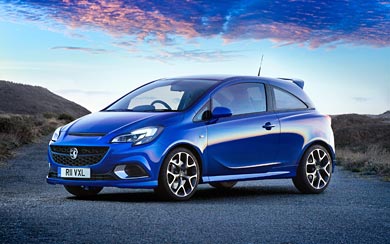 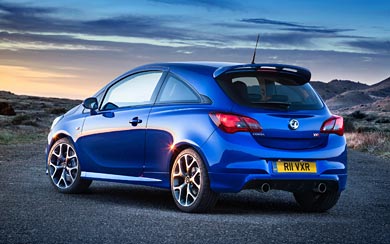 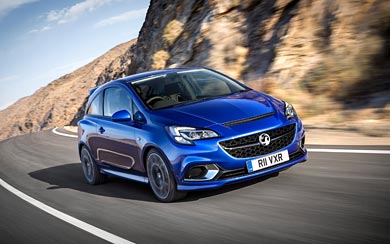 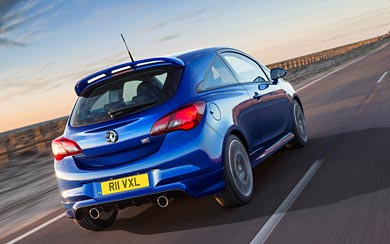 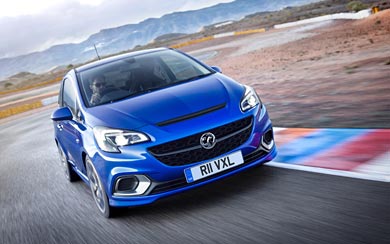 Vauxhall will take the wraps off the new Corsa VXR, its ultra-powerful small hot-hatch, at the 2015 Geneva Motor Show in March. Benefiting from the significant revisions in technology, interior/exterior design and chassis showcased in the recently launched New Corsa, the VXR is set to raise the bar for small, fast hatchbacks when it appears in UK showrooms in May.

Headline performance figures are 0-60mph in 6.8 seconds and a top speed of 143mph – quicker than the outgoing car, but more importantly the VXR produces its 245Nm of torque from lower revs (between 1,900rpm and 5,800rpm, compared with 2,250rpm to 5,500rpm for the outgoing Nürburgring and ClubSport models). This makes the VXR a potent performer between 50-75mph, which it can dispatch in just 6.6 seconds in fifth gear.

An overboost facility provides an additional 35Nm of torque, ideal for swift and safe overtaking. Maximum power from its 1.6-litre turbocharged engine is 205PS, while the Corsa VXR achieves 37.7mpg on the combined cycle with CO2 emissions of 174g/km. As before, power is delivered to the front wheels via a second-generation six-speed transmission with a short, fluid gearchange.