Download Volkswagen Golf car wallpapers in HD for your desktop, phone or tablet. All images belong to their respective owners and are free for personal use only. 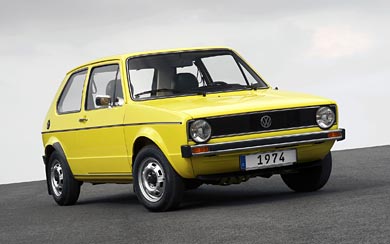 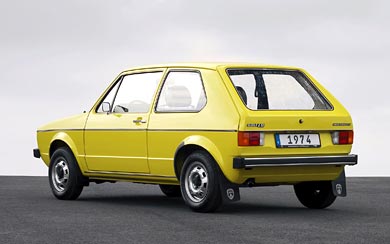 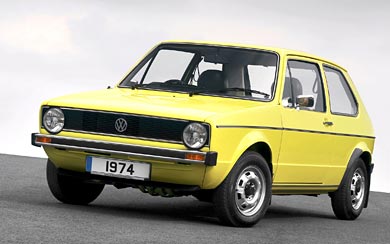 The first Golf began production in 1974. Marketed in the United States and Canada from 1975 to 1984 as the Volkswagen Rabbit and in Latin America as the Volkswagen Caribe, it featured the water-cooled, front wheel drive design. The Golf was Wheels magazine’s Car of the Year for 1975. The name is short for Golf-Strom, German for Gulf Stream; it was named for that oceanic current to reflect its international character.

While the Golf was not the first design with this layout (earlier examples being the Austin and Morris Mini of 1959, the Austin Maxi in the late 1960s and the Fiat 128 3P of the early 1970s), it was very successful, especially since it married these features with Volkswagen’s reputation for solid build-quality and reliable engineering.

The Golf was designed by Italian automobile architect / designer Giorgetto Giugiaro, of the ItalDesign design studio. A version of this original Golf model, known as the Volkswagen CitiGolf, is still produced in South Africa as an entry level car.