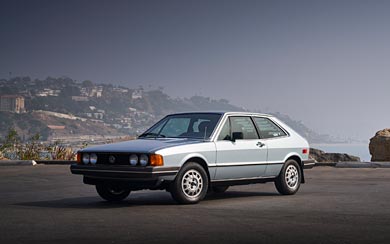 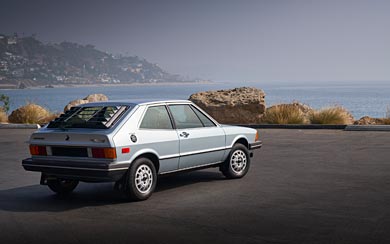 A heavily redesigned “Mark 2” variant of the Volkswagen Scirocco(internally designated Typ 53B) went on sale in 1981, although it remained on the A1 platform. The second generation Scirocco, still assembled on behalf of Volkswagen by Karmann of Osnabrück (in the same factory as the first generation Scirocco), was first shown at the 1981 Geneva Salon in March that year. Designed by Volkswagen’s own internal design team, the new car featured increased front and rear headroom, increased luggage space and a reduction in the coefficient of drag. One unique feature of the Mark 2 was the location of the rear spoiler midway up the glass on the rear hatch. A mid-cycle update occurred in 1984, which included minor changes over the 1982 model: removal of the outlined “SCIROCCO” script from the rear hatch (below the spoiler), a redesigned air conditioning compressor, and a different brake master cylinder with in-line proportioning valves and a brake light switch mounted to the pedal instead of on the master cylinder..