Download Volkswagen Polo R WRC car wallpapers in HD for your desktop, phone or tablet. All images belong to their respective owners and are free for personal use only. 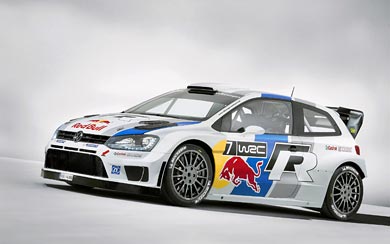 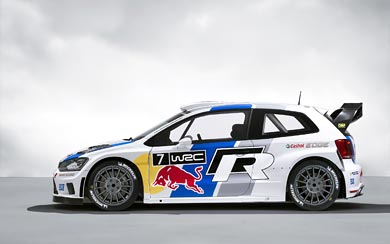 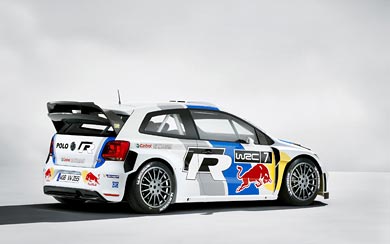 Two Polo R WRCs, two world premieres: as of 2013, Volkswagen will line up in the FIA World Rally Championship (WRC), starting with the iconic Rally Monte Carlo (15–20 January). The driving crews, the final design of the 315-hp rally Polo and its sporty production counterpart were presented to about 250 guests and journalists in Monaco today. A good five weeks before its first competitive outing at the same location, the Polo R WRC developed for the World Rally Championship rolled over a symbolic starting ramp to huge applause in front of the famous Monte Carlo Casino, signifying the start of a new era for Volkswagen in motorsport. A few minutes previously, the street version of the Polo R WRC had also been unveiled. “The launch of the Polo R WRC, which is now ready and raring to go, heralds a new era in motorsport for Volkswagen: the FIA World Rally Championship offers Volkswagen the opportunity to prove its sporty qualities in an environment, in which our cars have always been at home: on real streets,” says Dr. Ulrich Hackenberg, Member of the Board of Management responsible for development. “In doing so, we are not using extraordinary prototypes, but a Polo based on the standard production car. This proximity to the product and customer played an important role in our decision to commit to this form of global motorsport.” “Volkswagen has prepared intensively for the World Rally Championship, and every single member of the team can hardly wait to finally get stuck into the competition with the Polo R WRC,” says Volkswagen Motorsport Director Jost Capito.