Download Volkswagen Midsize Coupe Concept car wallpapers in HD for your desktop, phone or tablet. All images belong to their respective owners and are free for personal use only. 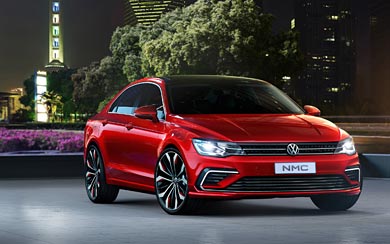 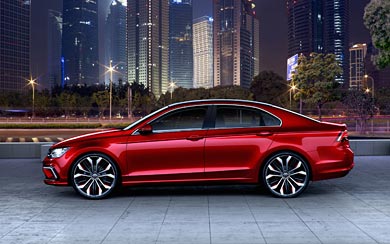 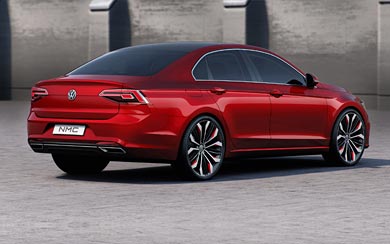 Midsize is less obvious. It is normally the term for a car of the Passat class. However, the concept car is just 4,597 mm long and thus shorter than a Passat and shorter even than the Jetta. However, as mentioned the concept car outdoes the other two in terms of its width – and it is thus midsized. So clearly this concept car exhibits proportions of an extremely sporty nature. The team led by Volkswagen head designer Klaus Bischoff integrated these sharp proportions in a body design that makes the New Midsize Coupe a powerful and avant-garde proponent of a new, compact saloon class.