Download Volkswagen Cross Coupe GTE Concept car wallpapers in HD for your desktop, phone or tablet. All images belong to their respective owners and are free for personal use only. 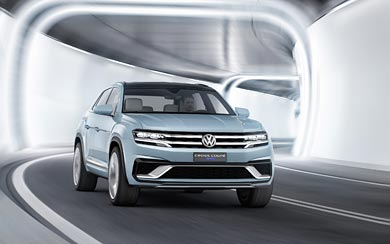 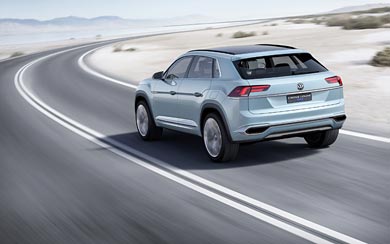 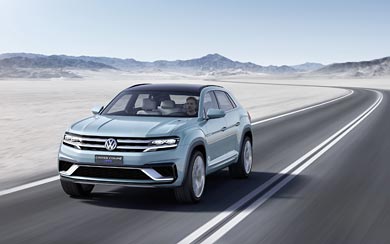 The GTE acronym generally applies to all sporty Volkswagen models with a high-tech plug-in hybrid drivetrain. They offer the driving characteristics of a grand tourer (Gran Turismo or GT) and, thanks to one or more electric motors and a battery (E as in Electric), they also offer zero-emissions driving. The Cross Coupe has a zero-emissions range of up to 20 miles and can reach 60 mph from rest in just 6.0 seconds. The car has various operating modes: E-Mode, GTE, Hybrid, Off-road and Battery Hold/Battery Charge.

The Cross Coupe GTE is the third concept car presented by Volkswagen on the way to the production version of the mid-size SUV. Together, all three concepts—the CrossBlue presented in Detroit in January 2013, the CrossBlue Coupe most recently shown in Los Angeles in November 2013 and the Cross Coupe GTE—represent just a part of the wide spectrum of SUV variants that can be produced off Volkswagen’s modular transverse matrix (MQB) architecture.