Download Volvo Estate Concept car wallpapers in HD for your desktop, phone or tablet. All images belong to their respective owners and are free for personal use only. 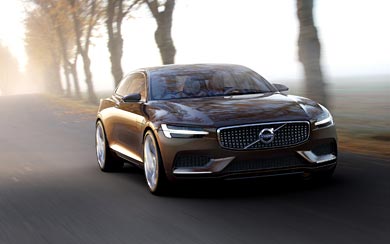 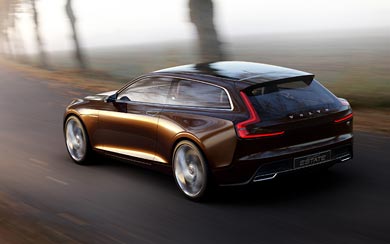 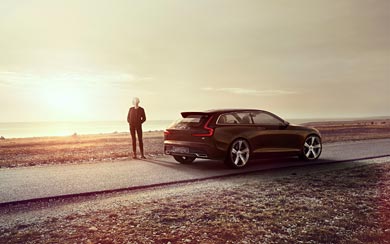 Volvo Car Group uses the 2014 Geneva Motor Show to reveal the third in a series of concept cars – the Concept Estate – that continues the widely-admired exterior design language revealed in the first two concepts, but for the first time reveals how the interior of Volvo’s forthcoming models will both look and function.

The Volvo Concept Estate’s most striking interior design feature is its simplicity. The traditional selection of buttons and controls have been replaced by one large tablet-like touch screen control panel in the centre console, bringing the interior firmly into the 21st century.

“The basic idea is to organise controls and information in a perfectly intuitive and user-friendly way. Everything is exactly where you expect it to be, making the drive more enjoyable, efficient and safe,” says Thomas Ingenlath, Senior Vice President Design at Volvo Car Group.