Download BMW 4-Series car wallpapers in 4K for your desktop, phone or tablet. All images belong to their respective owners and are free for personal use only. 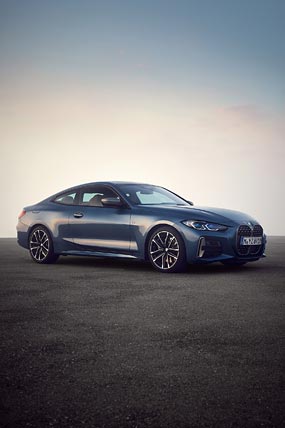 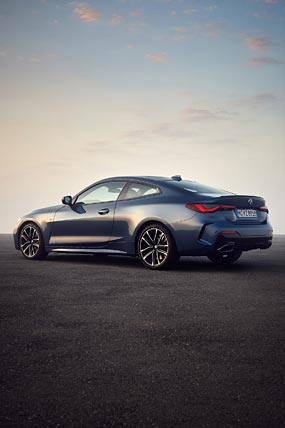 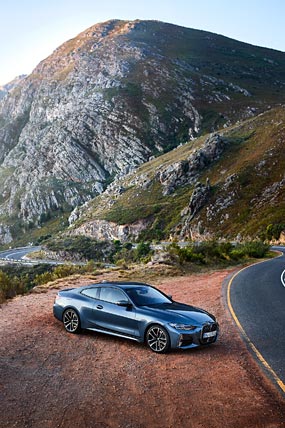 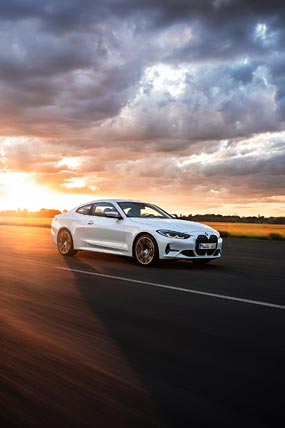 BMW's all new 4-Series has arrived with a bigger, faster and sportier package adorned with one big controversial feature. That's right, the oversized take on the iconic kidney grille has made it's way to the 4-Series. First seen on the 2019 Concept 4 and later on the 2020 i4 Concept, BMW have not backed down on their bold styling choice.

With more variants of the 4-Series yet to come, initially the M440i will stand as the highest spec available. This model will come with a 3.0L inline 6 engine that is turbocharged and utlises a 48V mild hybrid system that consists of a starter-generator and second battery. It can harvest energy from the braking system and supply it back into the 12V electrical system or be used for generating additional drive power when appropriate. It also features BMW's xDrive all-wheel drive setup, a 0-62 mph sprint of 4.5 seconds and a top speed of 180 mph.

The 2021 model 4-Series represents only the 2nd generation since it's creation when BMW decided to split the 3-Series line-up into two, with the sedans and estates in one, and the coupes and convertibles in the other. This time, the 4-Series is more visually distinct from the 3-Series models with more angular forms and plenty of different body panels. In fact the new coupe is a bit larger than the outgoing version, being wider, longer and taller. Expect the Convertible, Gran Coupe and M4 edition of the 4-Series to follow this launch in the next year or two.