Download Alfa Romeo Spider car wallpapers in HD for your desktop, phone or tablet. All images belong to their respective owners and are free for personal use only. 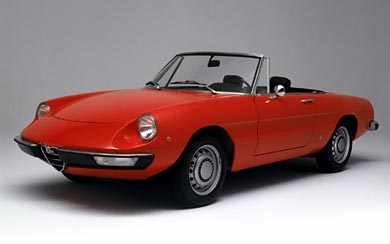 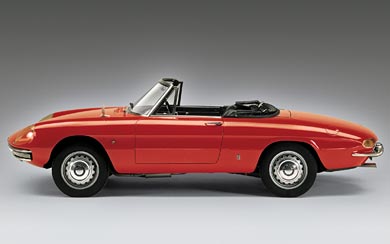 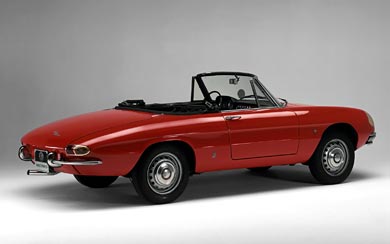 The Alfa Romeo Spider is a roadster produced by the Italian manufacturer Alfa Romeo from 1966 to 1993 (190 Spiders were badged as 1994 Commemorative Editions for the North American market). Widely regarded as a design classic, it remained in production for almost three decades with only minor aesthetic and mechanical changes. Based on an Giulia 105 series chassis, the Alfa Romeo Spider was launched in 1966. Unnamed at launch, the name “Duetto” was chosen in a write-in competition in Italy.

The Italian firm of Pininfarina was responsible for the design of the body, as well as being involved in the manufacture of the vehicle’s monocoque construction (designed with the relatively new principles of crumple zones incorporated into the front and rear). The engine was a 1570cc variant of the Alfa Romeo twin camshaft four cylinder engine, and produced 109 hp. Sparsely fitted inside but including five speed transmission, disc brakes and independent front suspension, the price on launch in Italy was 2,195,000 lire.