Download Alfa Romeo Montreal car wallpapers in HD for your desktop, phone or tablet. All images belong to their respective owners and are free for personal use only. 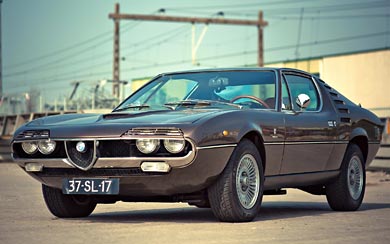 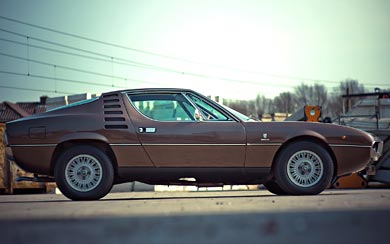 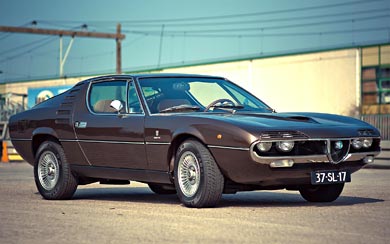 It was a 2+2 coupe using the 1600 cc engine and chassis of the Alfa Romeo Giulia, with a body designed by Marcello Gandini at Bertone. The first production car was shown at the 1970 Geneva Motor Show and was quite different from the original, using a 2593 cc V8 engine with SPICA fuel injection that produced around 200 bhp, coupled to a five-speed ZF gearbox and a limited-slip differential. This engine dated back to the mid-1960s, having been used by Alfa Romeo in prototype racing and in the 33 Stradale. The chassis and running gear of the production Alfa Romeo Montreal were taken from the Alfa Romeo Giulia GTV coupé and comprised double wishbone suspension with coil springs and dampers at the front and a live axle with limited slip differential at the rear.