Download Alfa Romeo GTV6 car wallpapers in HD for your desktop, phone or tablet. All images belong to their respective owners and are free for personal use only. 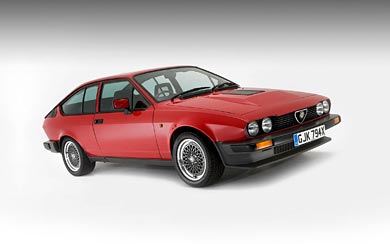 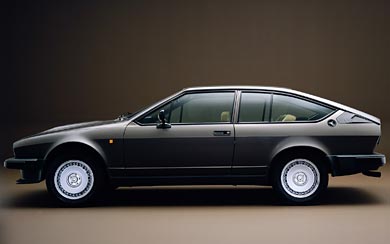 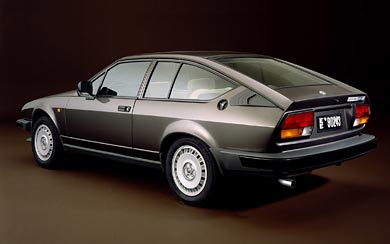 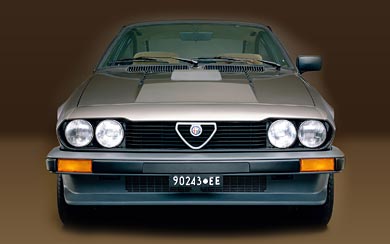 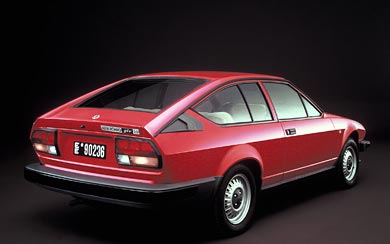 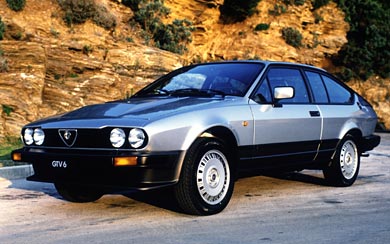 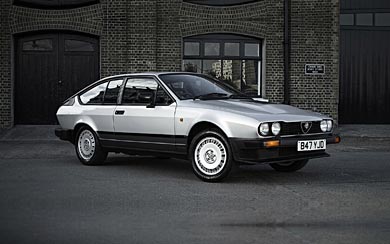 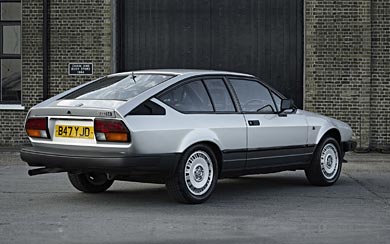 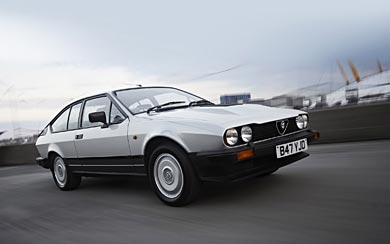 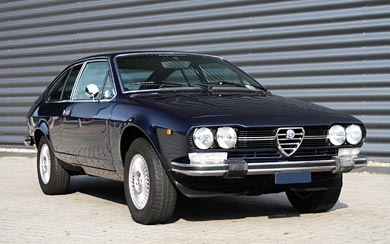 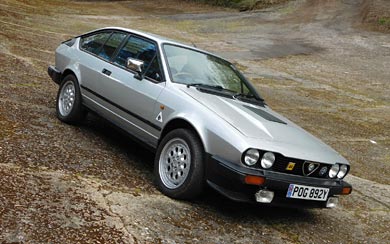 During the year of 1980, Alfa Romeo introduced the GTV6, a version of the GTV with the SOHC V6 2.5 L engine from the Alfa Romeo Alfa 6 luxury saloon. As a result, the hood received a bulge to clear the top of the intake and became its most pronounced feature. With Bosch L-Jetronic fuel injection the V6 was much easier to start and retained its state of tune much better. The V6 received rave reviews from the motoring press, which had previously lambasted the same engine in the Alfa 6 because of the carburettor problems. It found its true home in the GTV6 Gran Turismo body where it could stretch its legs better than in the less sporting Alfa 6 saloon. The fuel injection installation eventually made it into the second series of the Alfa 6 as well. The GTV went through a number of revisions, including a new gear ratios and an updated interior in 1984.

The GTV6 was a very successful racing car; the 116 type chassis developed for racing since its first outing in the 1974 San Martino di Castrozza rallye. The racing successes included winning the European Touring Car Championship an unprecedented four years in succession (1982–85), the British Touring Car Championship in 1983 driven by Andy Rouse, as well as many other racing and rallying competitions in national championships as France and Italy. A Group A GTV6 driven by French driver Yves Loubet won its class four years in succession from 1983 to 1986 in the Tour de Corse round of the World Rally Championship.

Motor magazines have quoted the Busso V6 engine as one of the best sounding engines ever. The British Classic & Sportscar noted it as “The best sounding engine, this side of a Maserati V8”. A grey GTV6 is featured for a short period in the James Bond movie Octopussy. Bond (played by Roger Moore) steals the parked car in West Germany while its owner uses a pay phone booth and makes haste towards Octopussy’s Circus, where he de-fuses a bomb planted by the villainous Kamal Khan (Louis Jourdan).