Download Alfa Romeo MiTo GTA car wallpapers in 4K for your desktop, phone or tablet. All images belong to their respective owners and are free for personal use only. 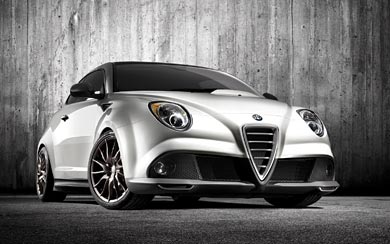 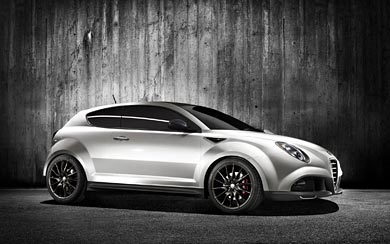 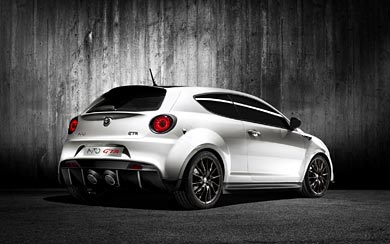 A historical and famous signature throughout the world which, interpreted in a modern and effective manner, has guided the entire development of the MiTo GTA Concept, which has the priority objectives of reducing weight and achieving an excellent power-to-weight ratio. Hence the decision to use components of ultra-light carbon fiber – as for example the tailgate spoiler, the roof and the mirror fairings – as well as the use of aluminum for the braking system, suspension and some parts of the chassis. And the body has been completely revised, maintaining the very high level of torsional rigidity and optimizing many structural and reinforcing components; a necessary “diet”, not only to reduce weight but also to lower the center of gravity, enhancing agility and driving precision. Finally, to obtain the best power-to-weight ratio in its category, an innovative engine, endowed with character and technology, has been specially developed.

So, the MiTo GTA Concept car boasts an extraordinary power-to-weight ratio which contributes to making it the standard-bearer of Alfa Romeo sporting cars. The design is sensual, modern, but never overstated, and from first sight it communicates a technological DNA which forms the inspiration for the development of future high performance versions. The Mito GTA Concept engine was developed using advanced technical solutions in the field of spark ignition engines, including direct gasoline injection, dual VVT, the turbocharger and a revolutionary management system. Hence the exciting performances comparable with those of an engine of 3000 cc, while consumption is maintained at moderate levels typical of a 4-cylinder engine of average capacity, benefiting the environment and operating costs.