Download Alpine Celebration Concept car wallpapers in HD for your desktop, phone or tablet. All images belong to their respective owners and are free for personal use only. 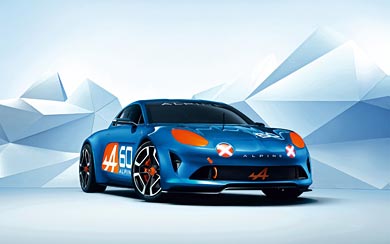 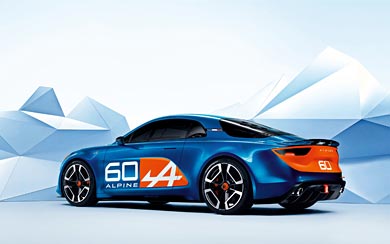 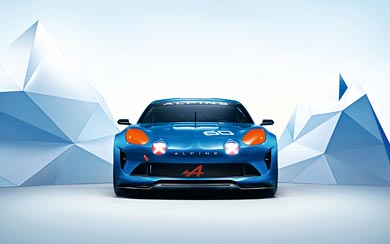 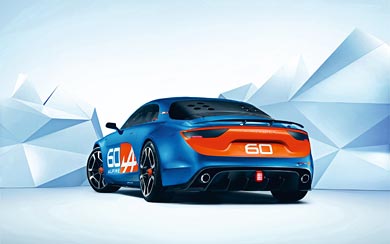 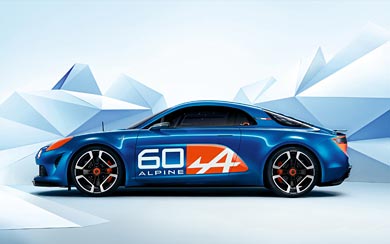 A unique and stylish new show car, the Alpine Celebration, has been released as part of the 60th anniversary celebrations of the Alipne brand that was founded by Jean Rédélé. This surprise, emotional launch comes on the eve of the 83rd edition of the legendary Le Mans 24 Hours.

The Le Mans 24 Hours regularly attracts more than 250,000 motoring and motor racing fans – sports car aficionados drawn from every corner of the globe – and is arguably the highest-profile event on the international motorsport calendar. It is a technological, human and sporting challenge that has been organised by the ACO (Automobile Club de l’Ouest) since 1923.

A compact sports car inspired by Alpine’s motorsport heritage, the Alpine Celebration takes the form of a two-seater coupé whose sleek, flowing lines are underlined by its deep blue colour scheme. This same blue – enhanced by hints of orange – also adorns the Alpine prototypes that made a triumphant return to endurance racing in 2013. It is a livery that harkens back to the Alpine models which played such a pivotal role in the brand’s original Le Mans adventure when, from 1963 to 1969, the M63, M64, M65, A210, A220 and even the A110 so valiantly upheld French honour in La Sarthe.