Download Aston Martin DB6 car wallpapers in HD for your desktop, phone or tablet. All images belong to their respective owners and are free for personal use only. 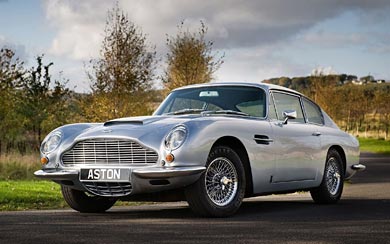 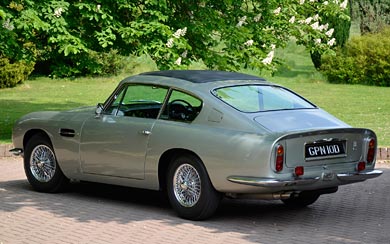 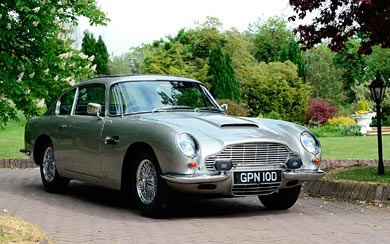 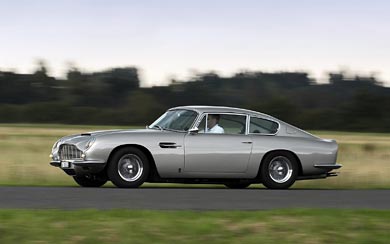 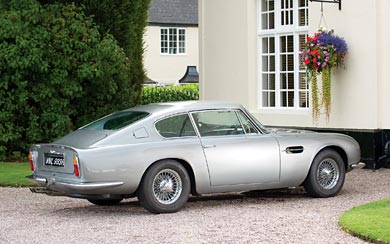 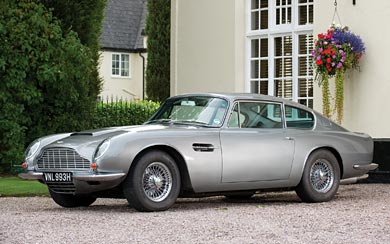 The Aston Martin DB6 was the first Aston Martin to carry the name Volante – which means flying in Italian. It was in fact the last thirty-seven Aston Martin DB5 chassis that were used to build the short-chassis Volantes and were completed between October 1965 and October 1966. Although clearly derived from the Aston Martin DB4 through the DB5, the new model was announced at the London Motor Show in October 1965. The most noticeable styling change on the Aston Martin DB6 was the spoiler – then called a Kamm tail – integrated into the tail of the car, which improved high speed stability. The split front and rear bumpers; a redesigned oil cooler opening in the front valance, a higher roof (136 cm) and longer wheelbase (258.5 cm), 9.5 cm more than the DB5, giving an overall length of 462 cm.

As with previous Aston Martin models, a high-power DB6 Vantage was offered. It was equipped with three Weber carburetors and higher compression ratio cylinder head. A convertible body style was also offered, as per Aston tradition, called the DB6 Volante, this was first introduced at the 1966 London Motor Show. The DB6 Volante preceded the earlier (1965–1966) Volantes which were built on the last of the DB5 chassis’ and were known as short chassis Volantes. Of the later DB6 Volantes just 140 were built, including 29 high-output Vantage Volante versions, highly prized by collectors