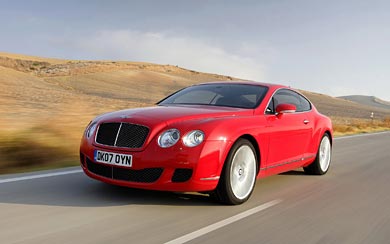 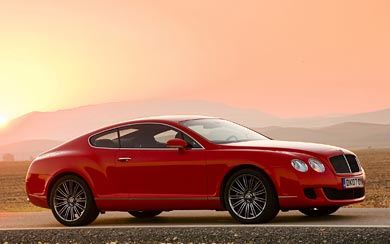 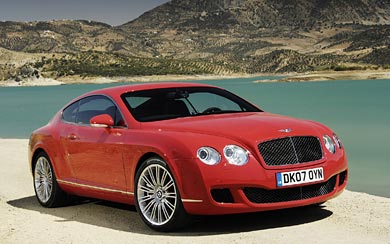 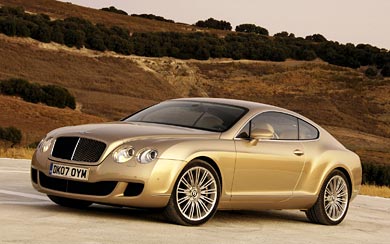 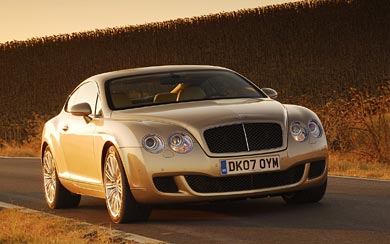 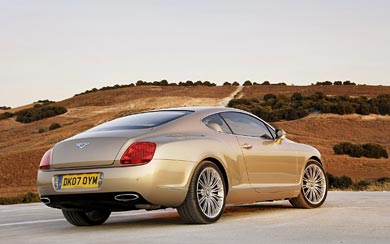 Is the most powerful production Bentley ever and the first to top 200mph (322km/h). A potent addition to the company’s highly successful Continental series, the GT Speed extends the appeal of the Continental GT coupe to driving enthusiasts who place a high value on outright performance and agile handling.

The exterior style of the new Continental GT and GT Speed models is defined by a wider, lower air intake and more upright radiator grille that also provide increased airflow to the more powerful GT Speed. Its 600bhp (610PS) W12 engine develops 15 percent more torque and nine percent more power than the standard Continental GT, while engine efficiency is optimised by the use of lower friction, lighter-weight components and a new engine management system. The resultant performance is exceptional, with a top speed of 202mph (326km/h), a zero to 60mph sprint time of just 4.3 seconds (0-100km/h in 4.5s) and effortless overtaking capability.

Inspiration for the GT Speed came from the legendary ‘Speed’ models that first appeared in 1923. The standard Bentley 3-litre had already established Bentley’s engineering superiority in terms of roadholding, handling and braking, but W.O. Bentley, the company’s founder, recognised the market potential for a more potent version aimed at the enthusiast driver who demanded superior performance. His response, the 3-litre ‘Speed Model’, complete with twin SU carburettors and a higher compression ratio engine, became one of the most coveted of all Bentleys.