Download BMW 8 Series car wallpapers in HD for your desktop, phone or tablet. All images belong to their respective owners and are free for personal use only. 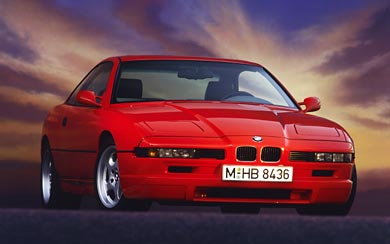 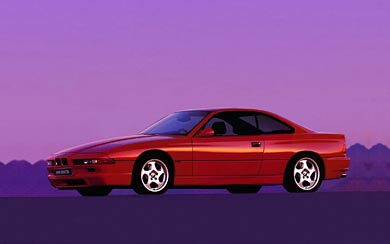 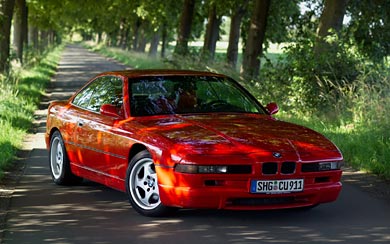 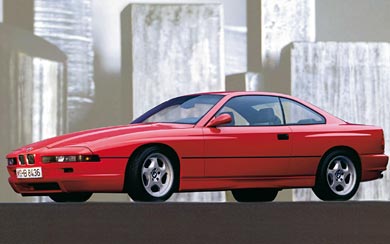 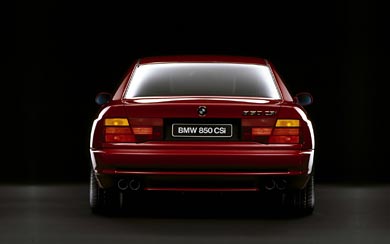 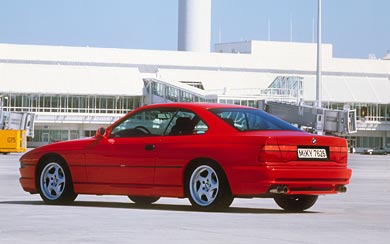 With the launch of the BMW 850 CSi, the existing model was rechristened BMW 850 Ci and given myriad detail modifications. Standard equipment now included an airbag each for the driver and front passenger, infrared remote control and folding rear seat backrests. DSC (Dynamic Stability Control) was available as an option and the automatic gearbox was now equipped with adaptive control. Autumn 1994 witnessed a changing of the guard under the bonnet: the BMW 850 Ci was now powered by a 5.4-litre V12 engine with 240 kW/326 hp, which customers could choose to combine with a new five-speed automatic gearbox. The BMW 840 Ci joined the line-up in 1993. Its 4.0-litre V8 produced 210 kW/286 hp, providing an undeniably sporty entry point into the world of BMW luxury Coupes.

In 1995 the BMW 8 Series inspired British artist David Hockney to add his vision to the BMW Art Cars series. The BMW 850 CSi he created symbolised an artistic take on transparency. Hockney added flourishes such as stylised intake manifolds on the bonnet and silhouettes of the driver and steering column on the driver’s door, while the artist’s dachshund Stanley is painted onto the rear side panel as if he were a passenger in the rear.