Download BMW 1 Series M Coupe car wallpapers in HD for your desktop, phone or tablet. All images belong to their respective owners and are free for personal use only. 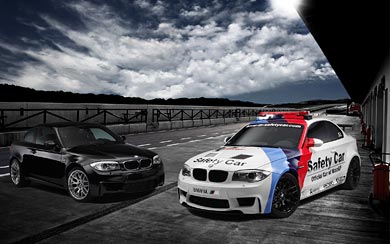 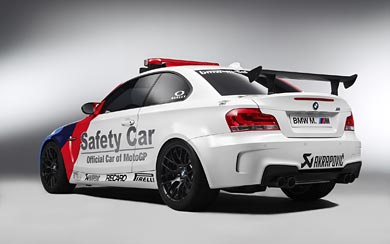 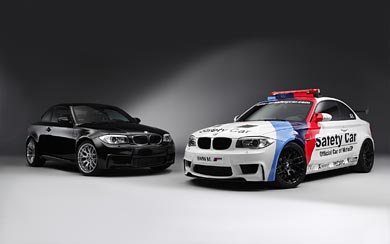 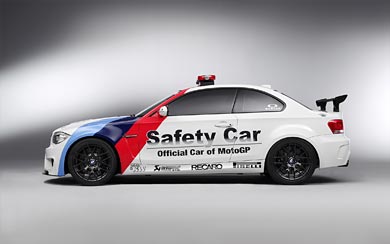 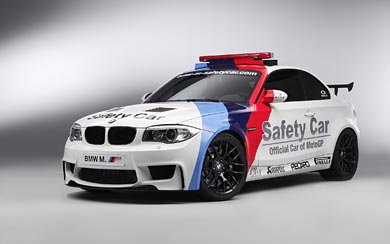 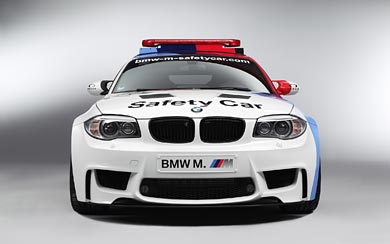 The motorcycle road racing world championship – or MotoGP – ranks among the world’s most popular and spectacular sporting events. The involvement of BMW M GmbH in motorcycle racing’s top-echelon event now enters its 13th year. To ensure the safety of the practice runs and the race itself, BMW M GmbH is providing the official Safety Car along with a raft of other high-performance vehicles for use by the Dorna Sports management team and IRTA officials.

At the curtain raiser on 19th March 2011, the BMW 1-Series M Coupe will for the first time be deployed as the official Safety Car for the MotoGP events – in advance of its market launch late in April. The BMW Safety Car is a one-off built by BMW M GmbH specifically for this race series. Only the 250 kW/340 hp straight-six M TwinPower Turbo engine and the entire drivetrain were taken over unchanged from the production model.

In the interests of weight optimisation, the BMW Safety Car comes with a carbon fibre-reinforced bonnet featuring additional large air vents, as well as polycarbonate side and rear windows. A special lightweight titanium race exhaust system not only saves weight but also delivers a captivating sound for the benefit of the spectators. Complementing the discreet spoiler lip on the boot lid there is now an adjustable rear wing to provide the requisite downforce. On the Safety Car the aerodynamically honed front apron with its precisely defined air ducting, including Air Curtains, features an additional splitter integrated on the underside of the apron.