Download Cadillac Cien Concept car wallpapers in HD for your desktop, phone or tablet. All images belong to their respective owners and are free for personal use only. 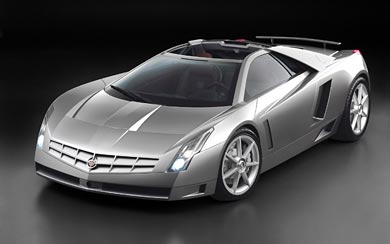 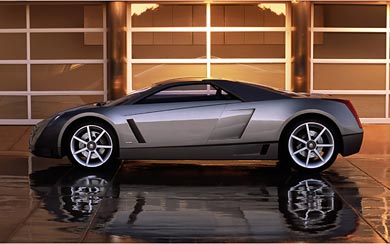 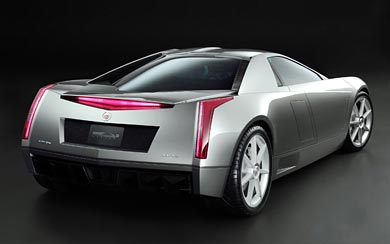 The Cadillac Cien is a two-door Rear mid-engine, rear-wheel-drive layout high performance sports coupé concept car created by Cadillac and unveiled at the 2002 Detroit Auto Show to celebrate Cadillac’s 100th anniversary (“cien” is Spanish for one hundred, which compares the Buick Centieme). It was designed by Simon Cox and was featured in the 2005 film The Island. It was also featured in the 2014 film Transformers: Age Of Extinction.

The Cadillac Cien had a longitudinally mounted 60-degree, 7.5-liter V-12 which produced 950 hp (708 kW) and 750 lb·ft (1,017 Nm) of torque. This experimental engine featured direct injection and displacement on demand, which allowed the engine to run on only eight or fewer cylinders under light load. The Cien was designed at General Motors’ Advanced Design Studio in England and built as a fully working road-going vehicle with the help of the UK-based engineering and motorsport company Prodrive. The Cien’s monocoque chassis and body are made of aerogel composite and its design was inspired by the F-22 Raptor.