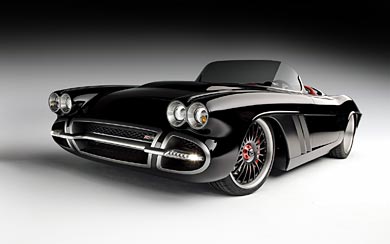 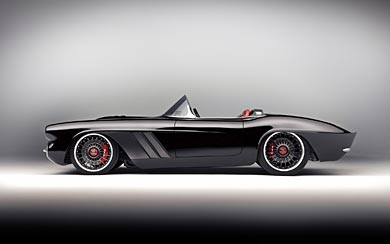 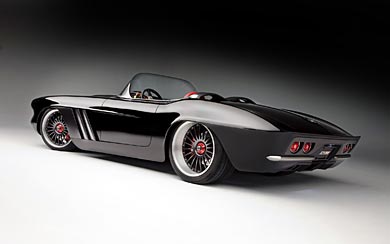 The build for this 2009 Street Machine of the Year winner began in July of 2008, starting with the chassis design. The plan was to build a production chassis that would offer unmatched handling, performance, and a comfortable ride. All while fitting under the stock Corvette body and being a relatively simple bolt up chassis. The R&D on the chassis took about 2 months, giving us plenty of time to come up with the ideas and the concept for the car.

Jeremy Gerber, one of the owners of the Roadster Shop, and customer Barry Blomquist began brainstorming what should go into this car. They had looked at all of the other vette’s that were built, and all left a lot to be desired in the way of design and performance. From the start, they were looking to break the mold with this car. It was decided that the car would have the looks of a modern concept car if GM were to build a ’62 Corvette today. Artist Eric Brockmeyer was called in to help with the renderings and lend some of his design ideas. Several versions later, the concept was finalized. The car was then named the “C1-RS”. “C1” after the first generation Corvette, and the “RS” coming from the Roadster Shop.

The idea for the car was to build a modern concept car version of a 1962 Corvette. Countless hand formed aluminum parts were fabricated and hours were spent on mocking pieces up and simply staring at the car from every angle imaginable to make sure nothing stuck out and everything flowed . Each and every bracket whether it be a fuse box mount or a motor mount was carefully designed to flow with the look and design of the car.