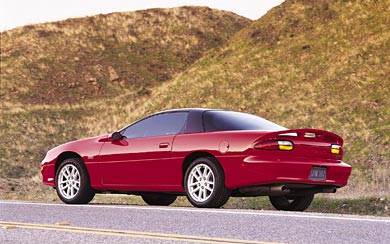 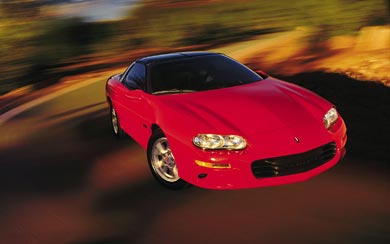 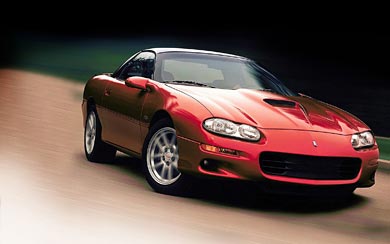 The Camaro remained almost completely unchanged from 1998 to 2002. Sales continued to decline as the market gradually switched to smaller four and six-cylinder powered cars. GM announced that 2002 would be the final year of production for the Camaro, as sales numbers were not high enough to justify a redesign and the car could not be priced high enough to make low volume production profitable.

A special 35th Anniversary Edition was offered for the SS trim level. It included nose-to-tail stripes, embroidery on the front headrests, and unique 17″ wheels. The 35th Anniversary Camaro was only available as a convertible or with T-tops. 3,000 Camaros with the anniversary package were produced for the United States and 152 for Canada.

The final fourth-generation Camaro was built on August 27, 2002; Total production for 2002 was 42,098. The Sainte-Thérèse plant, the only GM plant in Canada outside of Ontario, then closed down.