Download Ferrari 308 GTS car wallpapers in 4K for your desktop, phone or tablet. All images belong to their respective owners and are free for personal use only. 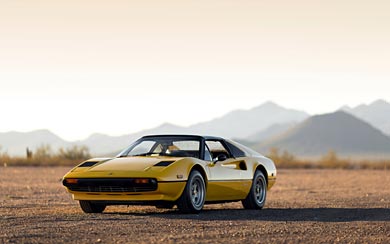 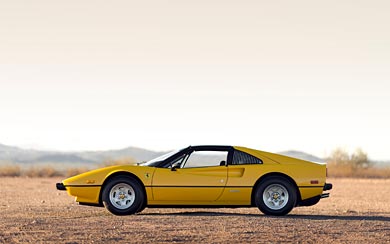 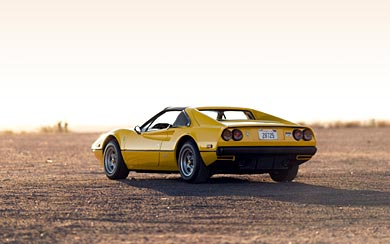 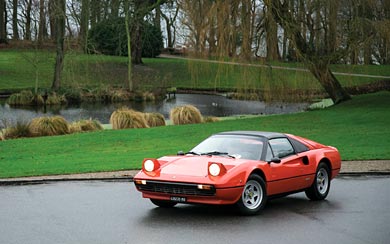 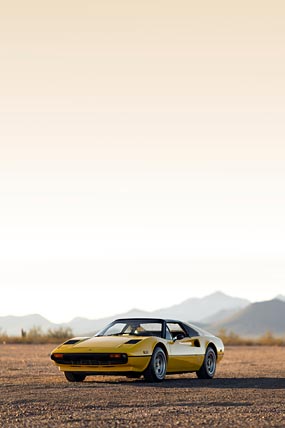 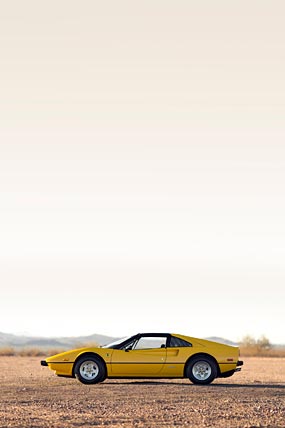 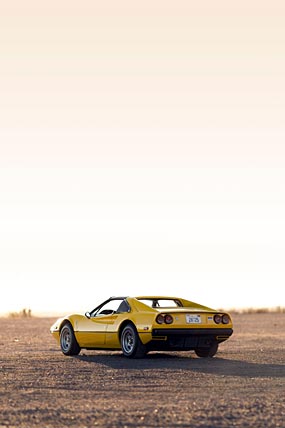 The targa topped 308 GTS was introduced in 1977 and was made famous on the television series Magnum, P.I.. A notable aspect of the early 308 GTB was that, although still built by Carrozzeria Scaglietti, the 308’s bodywork was entirely made of glass-reinforced plastic (or GRP), allowing a very light weight.

The engine borrowed its dry-sump lubrication from Ferrari’s racing experience. This lasted until June, 1977, when the 308 was switched to steel, resulting in an, alleged, 150 kg / 331 lb) additional weight. However, a steel-bodied GTB only weighs 12 kg / 26 lb) more than its fiberglass body counterpart. All steel versions of the 308 GTS have a conventional wet-sump engine while GTB models retained the dry sump lubrication until 1981.