Download Ferrari F40 car wallpapers in 4K for your desktop, phone or tablet. All images belong to their respective owners and are free for personal use only. 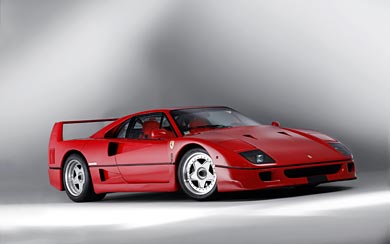 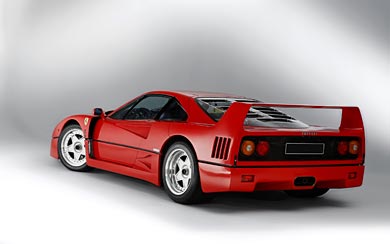 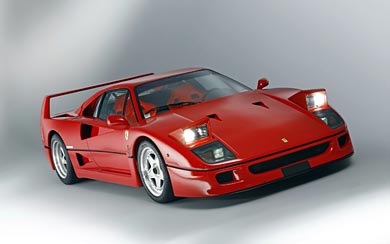 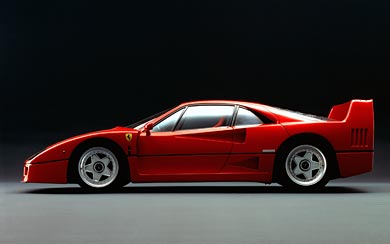 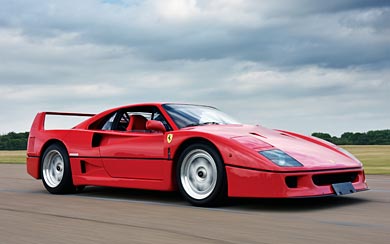 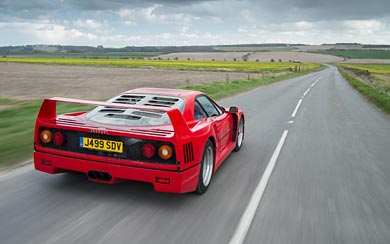 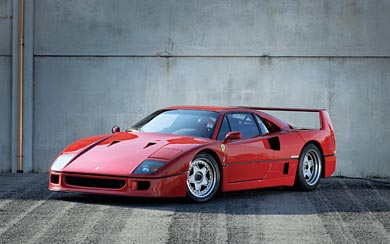 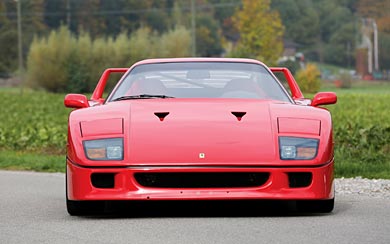 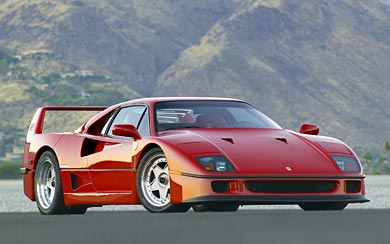 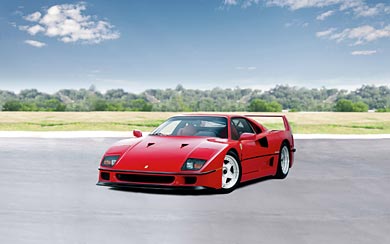 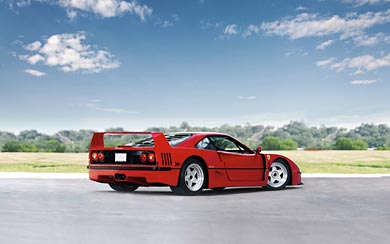 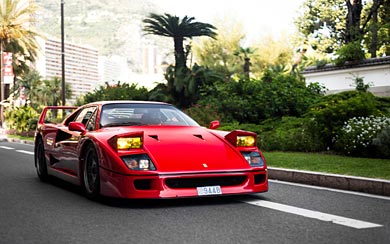 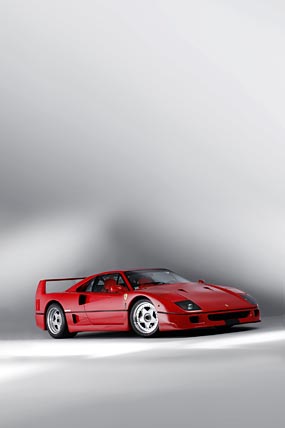 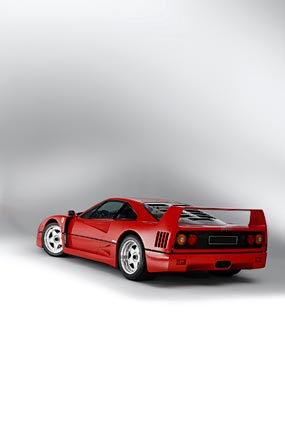 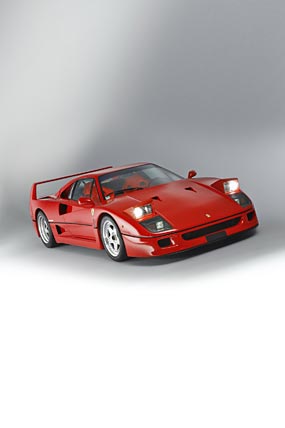 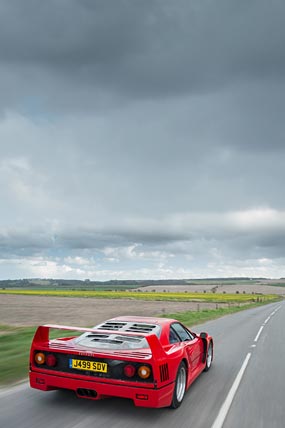 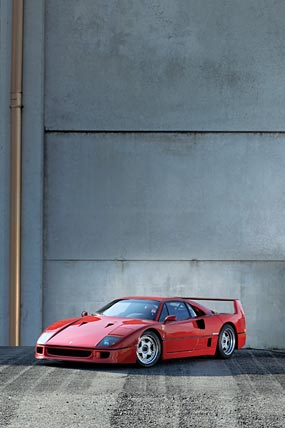 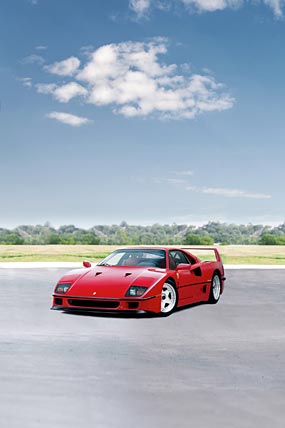 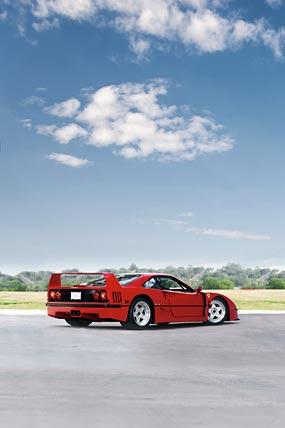 To celebrate their 40th anniversary Ferrari unleashed the F40, a car that is routinely considered one of the all time great supercars ever made. It started out life as a development of the 288 GTO and was penned by the famous design house Pininfarina. The F40's low slung body screams performance with a huge rear wing and big side air intakes. Known for its go-kart like abilities, the Ferrari F40 is a light car tipping the scales at just 1,320 kg (2,910 lbs). This was achieved through the use of composite body panels and only fitting the absolutely minimum necessary gear.

Unlike other Ferraris of the time a V12 engine was not used, instead a twin turbocharged 2.9L V8 was the choice, which turned out to be the perfect companion for the light weight stiff chassis. That chassis consisted of a composite central section and steel tubular space frames on either end supporting the suspension. This provided a good rigidity to weight ratio, with the chassis being rated to handle around 600 - 650 hp.

With a top speed just above the 200 mph barrier and sub 4 second 0-100 kph time, the Ferrari F40 was relatively unmatched on the road during the 80's. Its main competition was in the form of the Porsche 959, which was a completely different beast compared to the F40. The 959 used a heavier all-wheel drive system and was a high tech package overall, whereas the F40 was low tech and simple. The F40 enjoyed a rather high number count during production with 1,315 units made higher than the original plan of under 950 units, meaning the F40 remains a rather common sight at Ferrari gatherings.