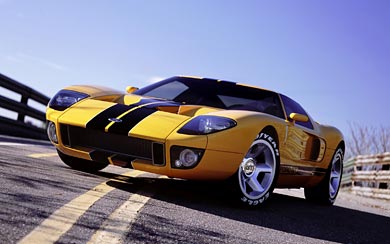 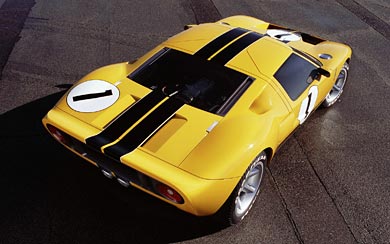 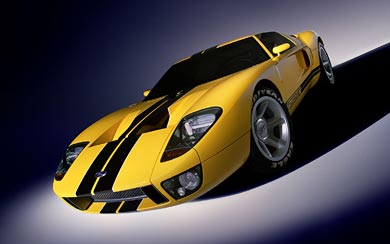 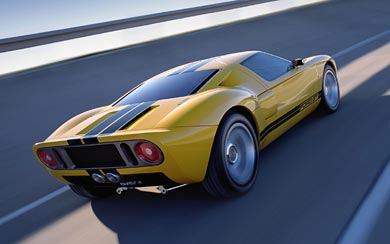 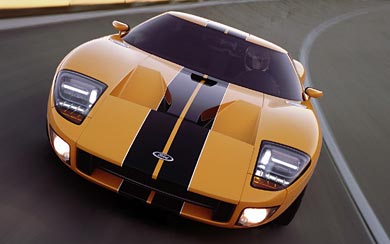 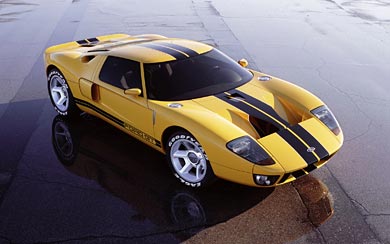 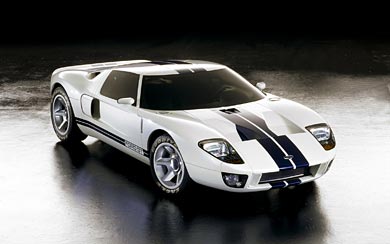 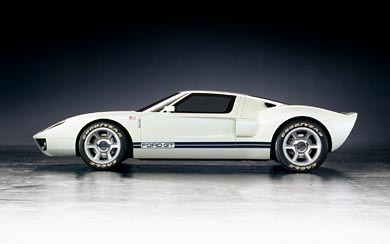 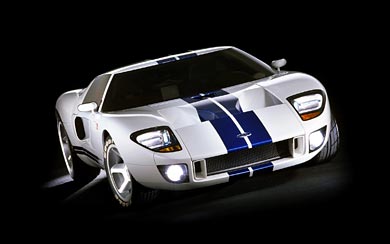 The new high-performance concept is inspired by the vehicle that roared into the hearts of car enthusiasts everywhere during the 1960s. The new GT40 joins Ford's "Living Legends" lineup of production and concept cars, including the Ford Thunderbird and Mustang, and the Forty-Nine concept.

"GT40 is the ultimate Living Legend," explains J Mays, Ford vice president of Design. "It's a true supercar with appeal equal to that of the greatest sports cars in the world, but with the addition of a heritage no one can match. Essential elements of the original - including the stunning low profile and mid-mounted American V-8 - continue in this latest interpretation of the classic."

While the new concept and the original both share the mystique of the GT40 name, they share not a single dimension. The concept is more than a foot and a half longer and stands nearly four inches taller. Its new lines draw upon and refine the best features of GT40 history and express the car's identity through modern proportion and surface development.