Download Ford Mustang Mach-E car wallpapers in 4K for your desktop, phone or tablet. All images belong to their respective owners and are free for personal use only. 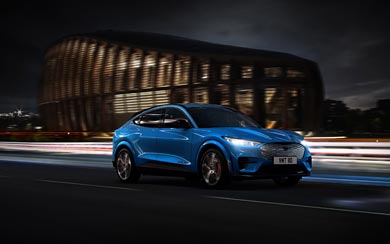 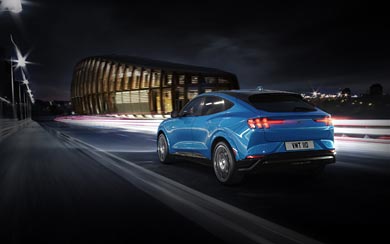 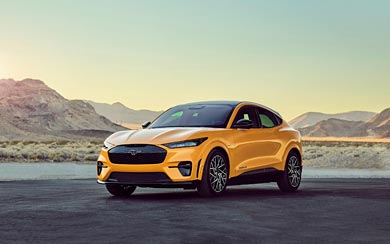 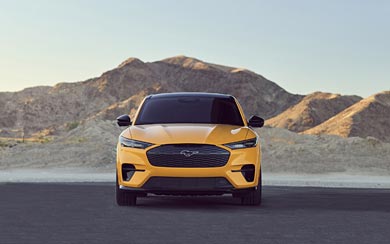 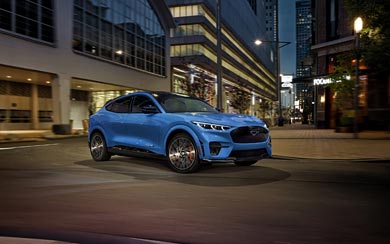 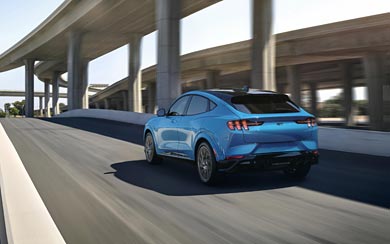 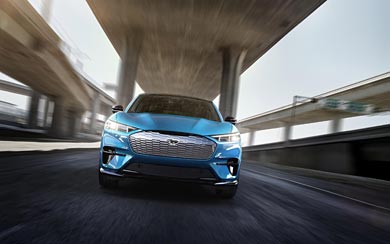 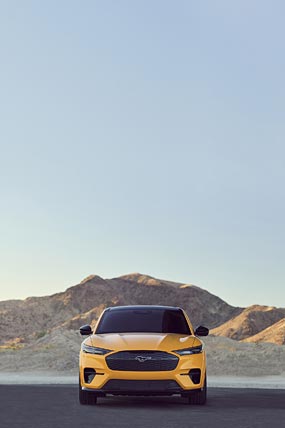 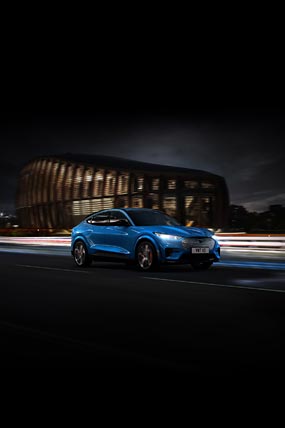 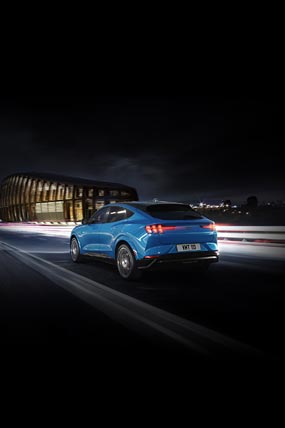 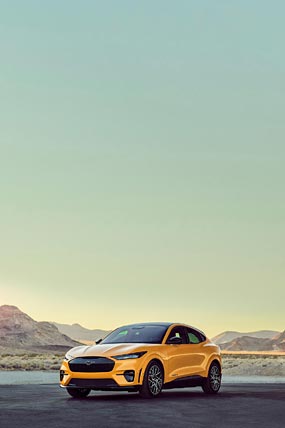 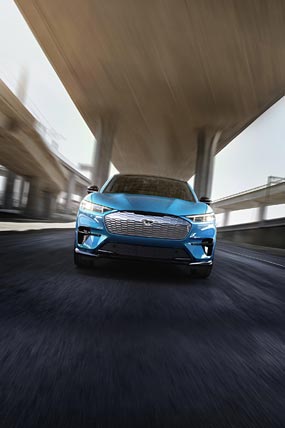 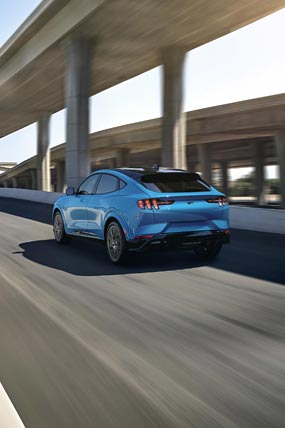 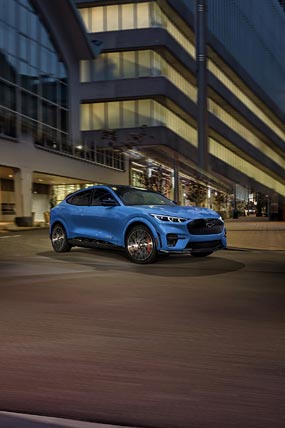 The regular Mach-E GT has an two electric motors that are fed by the 99 kWh battery and produces 480 hp with 600 lb-ft of torque. That helps it reach 0-60 mph in 3.8 seconds. The performance edition doesn’t get any more power, but boosts the torque up a level to 634 lb-ft, and boasts a quicker 0-60 mph time of 3.5 seconds.