Download Force India Formula 1 car wallpapers in HD for your desktop, phone or tablet. All images belong to their respective owners and are free for personal use only. 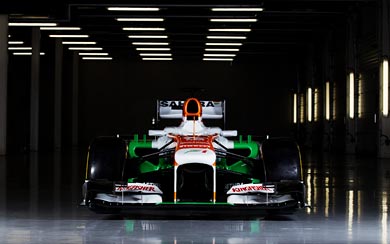 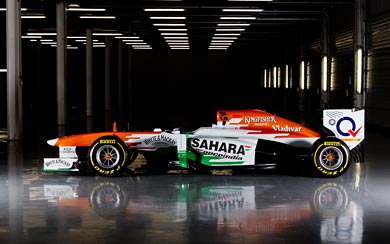 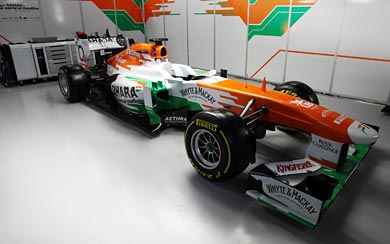 The Force India VJM06 is a Formula One racing car designed and built by the Force India team for use in the 2013 season where it is scheduled to be driven by Paul di Resta and Adrian Sutil, who returned to the team after spending the 2012 season out of the sport. The car was launched on 1 February 2013 at the team’s base near the Silverstone Circuit, and is complete redesign of the previous year’s car.

The 2013 line-up featured Paul di Resta for the third successive year. The season also witnessed Adrian Sutil returning to the team line-up, replacing Nico Hülkenberg as the team’s Second Driver. The team’s new car, the VJM06 was launched on 1 February 2013 at the team’s base near the Silverstone Circuit.

At the season-opening Australian Grand Prix, Sutil finished seventh, while di Resta finished eighth, giving the team their best ever start to a season.