Download Haas VF-19 Formula 1 car wallpapers in 4K for your desktop, phone or tablet. All images belong to their respective owners and are free for personal use only. 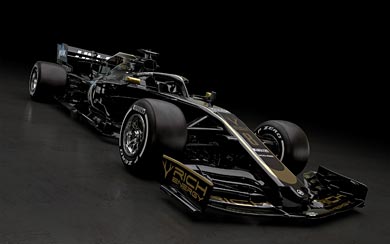 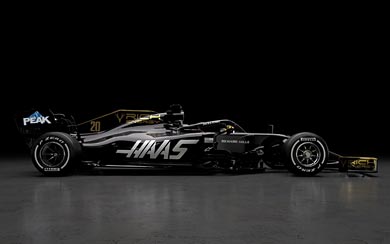 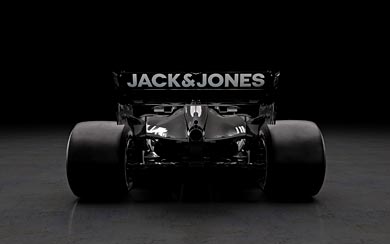 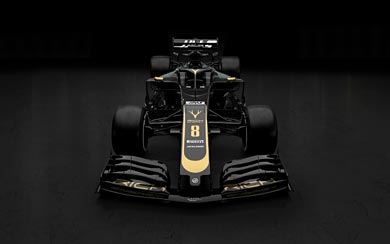 The American owned Haas Formula 1 team will enter it’s fourth year of competition with a new black and gold livery with the branding of new title sponsor Rich Energy. The new colour scheme sees the corporate colours of Haas Automation consisting of red, grey and white, go by the wayside. This is an important move for the young team, as it signals the beginning of a new era where the teams primary focus is on generating it’s own identity.

After a strong 2018 season, Haas has retained it’s two drivers for 2019. Romain Grosjean and Kevin Magnussen will continue their rivalry with Grojean showing a little more outright pace in 2018, but struggling at times with being accident prone. Magnussen on the other hand enjoyed a solid year with consistent performances. During 2018 Haas was fighting with Force India and Renault to lead the mid-field pack and take the crown of ‘best of the rest’ behind the top tree teams. By seasons end they finished 5th behind Renault and ahead of a Force India team who lost points due to an ownership change mid-season.

Haas will look to continue to build upon a solid performance increase in 2018. But 2019 may see the mid-field pack get even more competitive, with a revitalized Force India now called Racing Point, and the works Renault F1 team seem to be taking things a little more seriously with the acquisition of Daniel Ricciardo. Overall, Haas have done whta many other new FOrmula 1 teams have failed to do. By their third year, they have finished fifth in the F1 championship. A great achievement.