Download Honda CR-X car wallpapers in HD for your desktop, phone or tablet. All images belong to their respective owners and are free for personal use only. 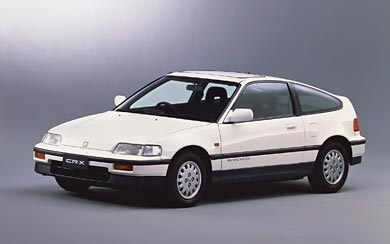 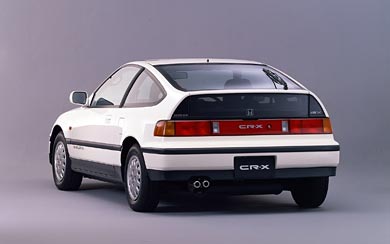 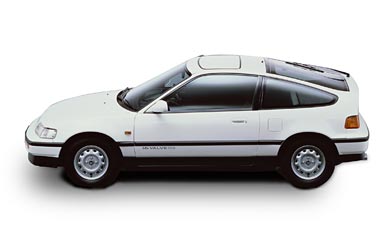 The Honda CR-X, originally launched as the Honda Ballade Sports CR-X in Japan, was a compact sports car manufactured by Honda. The first generation CR-X was sold in some regions outside Japan as the Honda Civic CR-X. The name “CR-X” is an acronym for “Civic Renaissance model X.”

The Honda Civic CR-X was first produced in 1983 for the 1984 model year and was a lightweight sport hatchback. In the American market, the CR-X was marketed as an economy sport hatchback, having room for just two passengers. European markets, however, received a more powerful ZC 130 hp engine and four seats.

Redesigned in 1987 and produced to 1992, the CR-X was very popular for its performance (specifically the US performance model, the Si), nimble handling, and good fuel economy. The original 1.3 liter car and the later American-market CR-X HF model could reliably achieve better than 50 mpg, more than a decade before gas-electric hybrids appeared on the market, and at no price premium over the base model; the 1.3 liter was rated at over 50 mpg for highway.