Download Honda CR-Z car wallpapers in HD for your desktop, phone or tablet. All images belong to their respective owners and are free for personal use only. 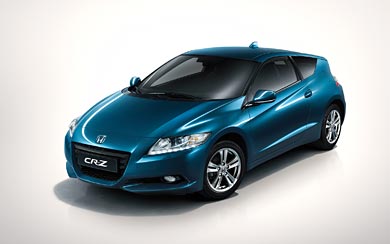 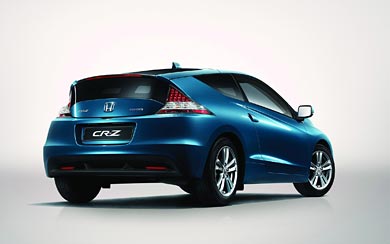 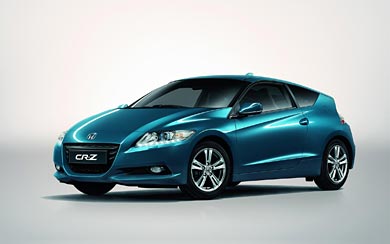 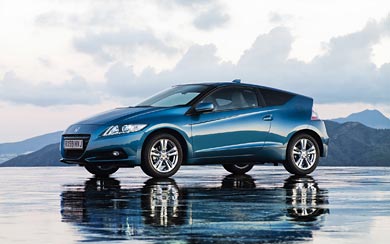 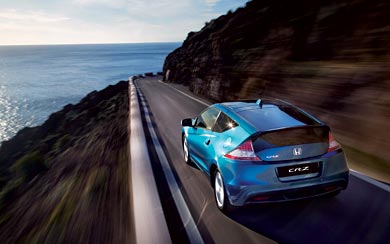 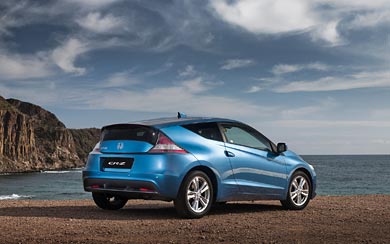 The Honda CR-Z‘s exterior styling is formed around a "one-motion wedge" concept with a low bonnet line and wide stance giving the car a confident, athletic look. Signature Honda design features, such as the split level rear glass hatch and aerodynamic, shallow raked roofline have been referenced in the design of the sleek coupe and then combined with a curvaceous and deeply sculpted exterior form.

For the first time, a fuel efficient, low emission parallel hybrid system is combined with an ultra precise 6-speed manual gearbox. The manual gearbox is a core part of the driver engagement Honda's engineers wanted to bring to the Honda CR-Z model. The flexibility of Honda's unique IMA parallel hybrid system allows it to be used with a range of transmissions, not just CVT-based gearboxes.

The manual transmission is complemented by a 1.5-litre 4-cylinder i-VTEC engine, which is new to Europe and is a key component in the Honda CR-Z's unique character. This powerful, yet efficient engine is based on the engine fitted to some non-European versions of the Jazz. The eager to rev nature of the medium capacity engine, is enhanced by the additional 78 Nm of torque provided by the 14 PS electric motor, which is situated between the engine and clutch. The electric motor boosts torque at low and medium revs, which gives the Honda CR-Z in-gear flexibility more usually associated with turbocharged engines.