Download Infiniti Q60 car wallpapers in HD for your desktop, phone or tablet. All images belong to their respective owners and are free for personal use only. 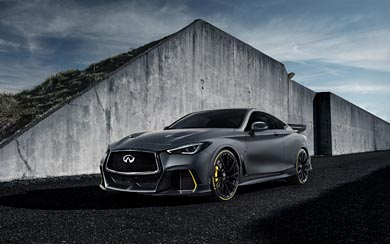 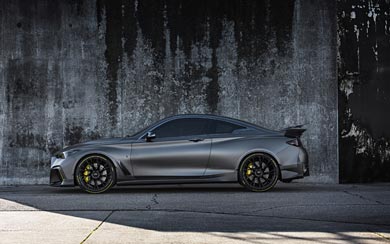 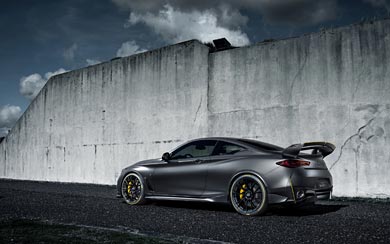 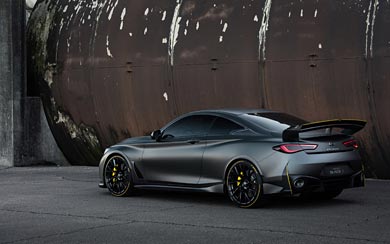 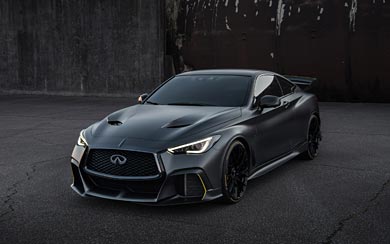 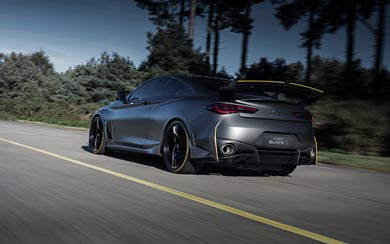 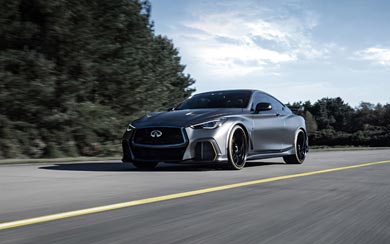 Using world first dual hybrid technology from the Renault Sport Formula 1 team, the Infiniti Project Black S captures energy from two sources heat and kinetic, generating electric power to boost performance. The prototype is the next step in the journey of the Infiniti Black S after the original concept car was revealed in 2016.

The powertrain consists of a 3.0L VR30 twin turbocharged V6 assisted by a couple of motor-generator units. The first is the MGU-H (Heat) that harvests the heat generated from the twin turbochargers, the second is the MGU-K (Kinetic) which recovers energy from the braking system. These two store the captured energy in a lithium-ion battery pack. The extra power takes the engine from an output of 405 PS (298 kW) to a combined peak of 571 PS (420 kW). This propels the 1,787 kilogram Black S prototype from 0-100 km/h in under 4 seconds.

The Infiniti Project Black S is functioning as a working testbed for the company as they add on significant advances in aero-effective bodywork, reduced weight, drivetrain advances and of course the energy recovery system. Infiniti plan to keep progressing with the evolution of the Black S, hoping to adapt the Formula 1 cars technology even more in the future. Production is yet to be confirmed, with the possibility this concept may stay a concept as the technology developed here filters down into the Infiniti range.