Download Jaguar Mark 2 car wallpapers in 4K for your desktop, phone or tablet. All images belong to their respective owners and are free for personal use only. 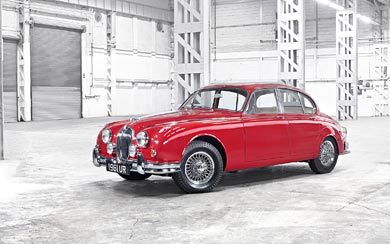 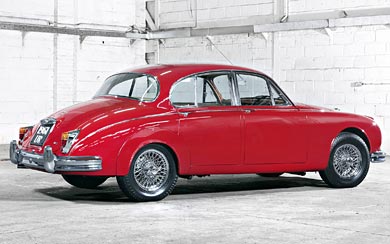 The Mark 2 gained a reputation as a capable car among criminals and law enforcement alike; the 3.8 Litre model being particularly fast with its 220 bhp (164 kW) engine driving the car from 0-60 mph (97 km/h) in 8.5 seconds and to a top speed of 125 mph (201 km/h) with enough room for five adults. Popular as getaway cars, they were also employed by the police to patrol British motorways.

The Mark 2 is also well known as the car driven by fictional TV detective Inspector Morse played by John Thaw; Morse’s car was the version with 2.4 L engine, steel wheels and Everflex vinyl roof. In November 2005, the car used in the television series sold for more than £100,000 following a total ground-up rebuild (prior to this, in its recommissioned state in 2002 after coming out of storage, it had made £53,000 at auction – £45,000 more than an equivalent without the history). In the original novels by Colin Dexter, Morse had driven a Lancia but Thaw insisted on his character driving a British car in the television series.

In the 1987 British film Withnail and I, a light-grey Mark 2 in very poor condition serves as the main transport for the eponymous main characters’ disastrous trip to the Lake District. In the late 1980s to early 1990’s the Character Joey Boswell drove a black Jaguar 240 in the British TV comedy “Bread”.