Download Jaguar XJ13 car wallpapers in 4K for your desktop, phone or tablet. All images belong to their respective owners and are free for personal use only. 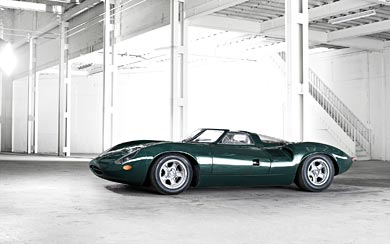 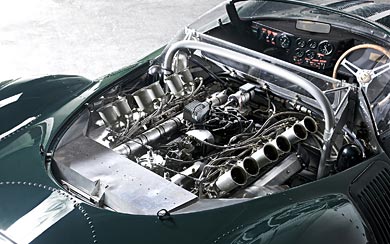 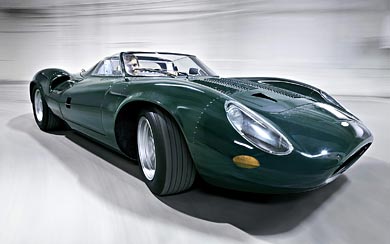 The Jaguar XJ13 was a prototype racing car developed by Jaguar to challenge at Le Mans in the mid-1960s. It never raced, and only one was ever produced. The development of the XJ13, although treated seriously by the designers, was never a priority for company management, and became less so following the 1966 merger with BMC. By that time Ford had developed the 7.0 litre GT40, and so the XJ13 was considered obsolete by the time the prototype was complete. The prototype was tested at MIRA and at Silverstone, which confirmed that it would have required considerable development to make it competitive. The prototype was put into storage and no further examples were made.

The XJ13 had mid-engine format with the 5.0 litre V12 engine mounted behind the driver, used as a stressed chassis member together with the five-speed manual ZF Transaxle driving the rear wheels. The front suspension wishbones were similar to that of the E-Type, however where the E-Type used longitudinal torsion bars, the XJ13 had more conventional coil spring/damper units. At the rear there again remained similarities with the E-Type—the use of driveshafts as upper transverse links—however the rest was quite different, with two long radius arms per side angling back from the central body tub together with a single fabricated transverse lower link.