Download Lotus Elan car wallpapers in HD for your desktop, phone or tablet. All images belong to their respective owners and are free for personal use only. 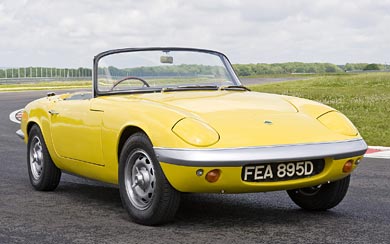 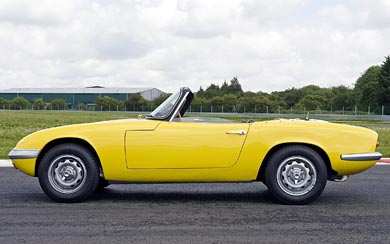 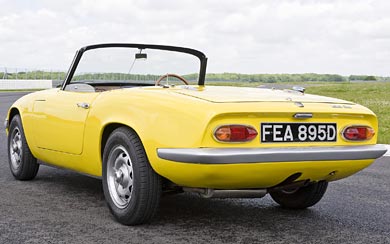 The Lotus Elan was launched in October 1962 at the British Motorshow, just as the Sixties started swinging. Jaguar had launched the E-Type the previous year, and AC had the Cobra and Ferrari the GTO. Big, expensive, powerful muscles cars. The Lotus Elan was very different, and typically Lotus - ultra modern, lightweight, rapid and huge fun.

It summed up the Sixties: a playful topless two-seat ticket to freedom, it was technically innovative with the first backbone tube chassis of any road car, a fiberglass body, four-wheel independent suspension, 670kg with a peachy power-to-weight ratio, bang up-to-date styling beloved by Kings Road cruisers, and a liberating, rock n' roll attitude.

It came with luxuries that were a rarity at the time, like electric windows, carpets, a heater, and in vogue wooden fascia, but it was still light enough on the scales to outrun other automotive competition - not to mention groupies.