Download Maserati 4CLT car wallpapers in 4K for your desktop, phone or tablet. All images belong to their respective owners and are free for personal use only. 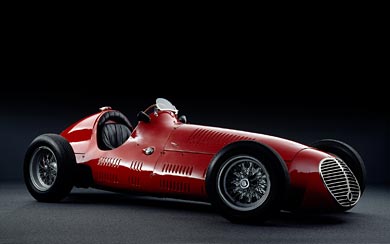 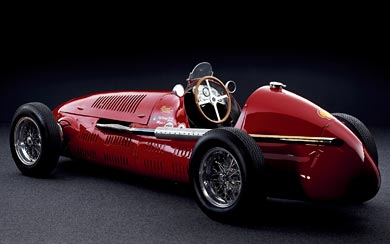 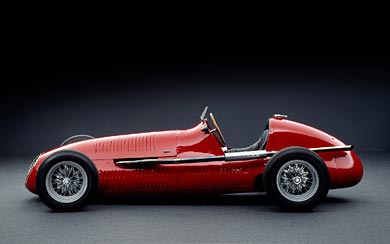 The Maserati 4CL and its derived sister model the Maserati 4CLT are single-seat racing cars that were designed and built by Maserati. The 4CL was introduced at the beginning of the 1939 season, as a rival to the Alfa Romeo 158 and various ERA models in the voiturette class of international Grand Prix motor racing. Although racing ceased during World War II, the 4CL was one of the front running models at the resumption of racing in the late 1940s. Experiments with two-stage supercharging and tubular chassis construction eventually led to the introduction of the revised 4CLT model in 1948. The 4CLT was steadily upgraded and updated over the following two years, resulting in the ultimate 4CLT/50 model, introduced for the inaugural year of the Formula One World Championship in 1950. In the immediate post-war period, and the first two years of the Formula One category, the 4CLT was the car of choice for many privateer entrants, leading to numerous examples being involved in most races during this period.

Chassis and engine changes made to the experimental 4CLs eventually coalesced into the 4CLT, the appended T denoting its tubular chassis. The improvements in torsional rigidity that the tubular construction brought were required to counteract the increases in torque and power resulting from the twin-supercharger upgrade of the elderly inline-4 engine. Power was up to approximately 260 bhp (194 kW), from the 4CL’s 220. Other changes included the use of roller bearings for the crankshaft, forged (rather than cast) rear suspension components, and the chassis was designed to run with hydraulic dampers from the outset.