Download Maserati A6GCS car wallpapers in 4K for your desktop, phone or tablet. All images belong to their respective owners and are free for personal use only. 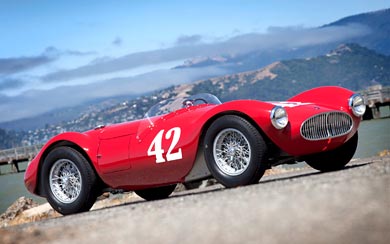 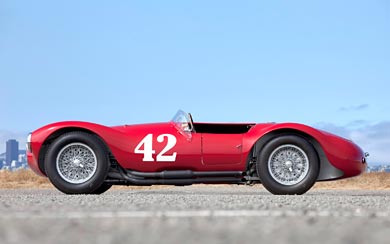 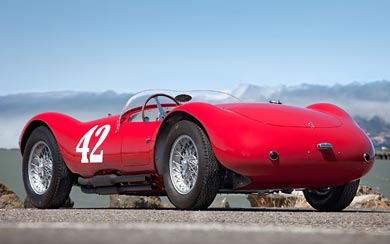 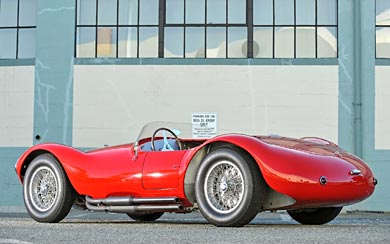 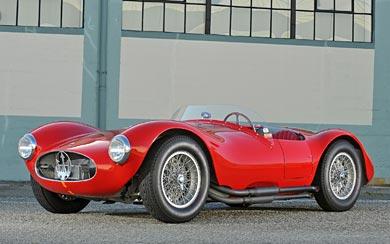 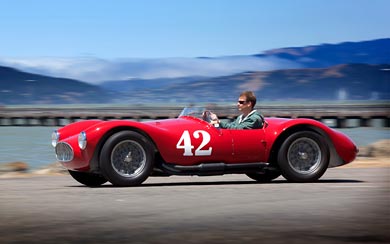 A 2-litre straight-six (120 bhp) was used in the A6 GCS two-seater, ‘G’ denoting Ghisa, cast iron block, and ‘CS’ denoting Corsa & Sports. Also called monofaro, the 580 kg single-seater and cycle-winged racing version first appeared at Modena 1947 by Luigi Villoresi and Alberto Ascari, and won the 1948 Italian Championship by Giovanni Bracco. Fifteen cars were made 1947-1953, of these being two-seaters (630 kg).

To compete in the World Sportscar Championship, the A6GCS/53 (1953–55) was developed (170 bhp), spyders initially designed by Colombo and refined by Medardo Fantuzzi and Celestino Fiandri. Fifty-two were made. An additional four berlinettas and one spider were designed by Pininfarina, their final design of a Maserati, on a commission by Rome dealer Guglielmo Dei who had acquired six chassises. Also, Vignale made one spider.

The 1954 Mondial de l’Automobile in Paris showed the A6GCS/54, which came in berlinetta, barchetta and spider versions (150 bhp), with designs by Pietro Frua, Ghia and Carrozzeria Allemano. It was also referred to as the A6G/2000 and 60 were made.