Download Maserati Bora car wallpapers in 4K for your desktop, phone or tablet. All images belong to their respective owners and are free for personal use only. 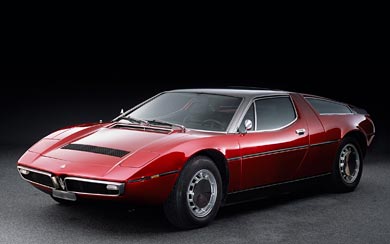 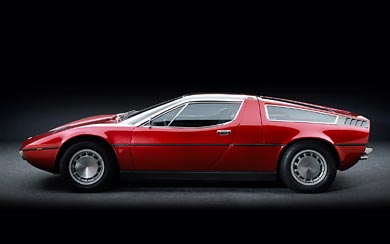 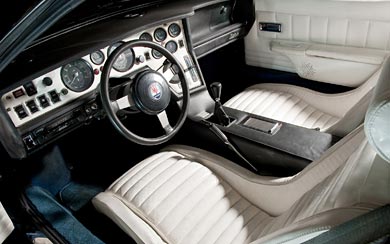 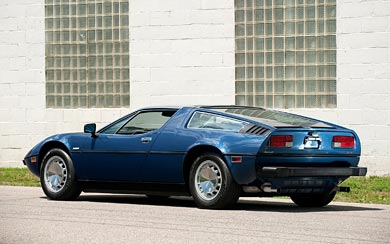 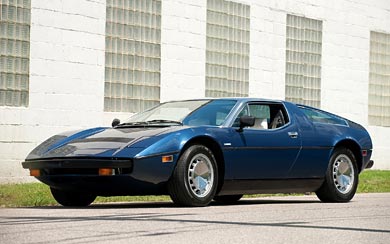 Shortly after Citroën took a controlling interest in Maserati in 1968, the concept of a mid-engined two-seat sports car was proposed. Lamborghini and De Tomaso already had the Miura and Mangusta whilst Ferrari were known to be developing their own mid-engined contender. Initially known as Tipo 117 and later the Bora, the Maserati project got underway in October 1968 and a prototype was on the road by mid-1969. Shown in its final form at the Geneva Salon in March 1971, deliveries began before the end of the year. Maserati struggled after being bought by De Tomaso in 1975, and the Bora was discontinued after the 1978 model year.

Two engines were offered initially, including a high-revving 4.7-litre (290 cu in) V8 and a higher torque 4.9-litre (300 cu in) V8; a US smog-qualified 4.9-litre engine was used (a stroked version of the 4.7), starting with 1973 deliveries. Eventually, production switched to using only a more powerful version of the 4.9-litre engine producing 320 hp at 6000 rpm. Regardless of engine size or modification level, the Bora was considered an extraordinarily powerful car in its time.