Download McLaren M1B car wallpapers in HD for your desktop, phone or tablet. All images belong to their respective owners and are free for personal use only. 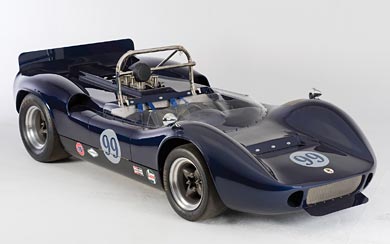 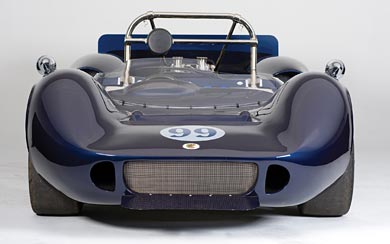 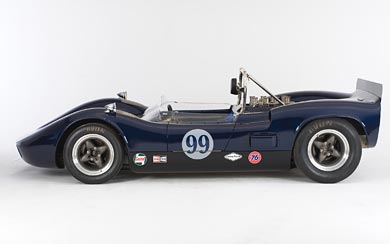 After Bruce McLaren had started his own racing team and built their first car called the M1A, they turned their attention to developing an improved version of the car to be called the M1B. The major differences were a revised chassis design and a new look for the sheet metal. Designed by artist Michael Turner, the exterior was similar in form but made use of a more pronounced rear end with integrated lip spoiler. The headlights were covered over and the front nose was flattened out, reducing the more pointy form of the original.

The McLaren M1B went on to achieve some racing success during the 1966 Can-Am championship. The cars life was short lived as it spaceframe chassis construction was quickly outclassed by the new monocoque chassis Lolas and Chaparrals.